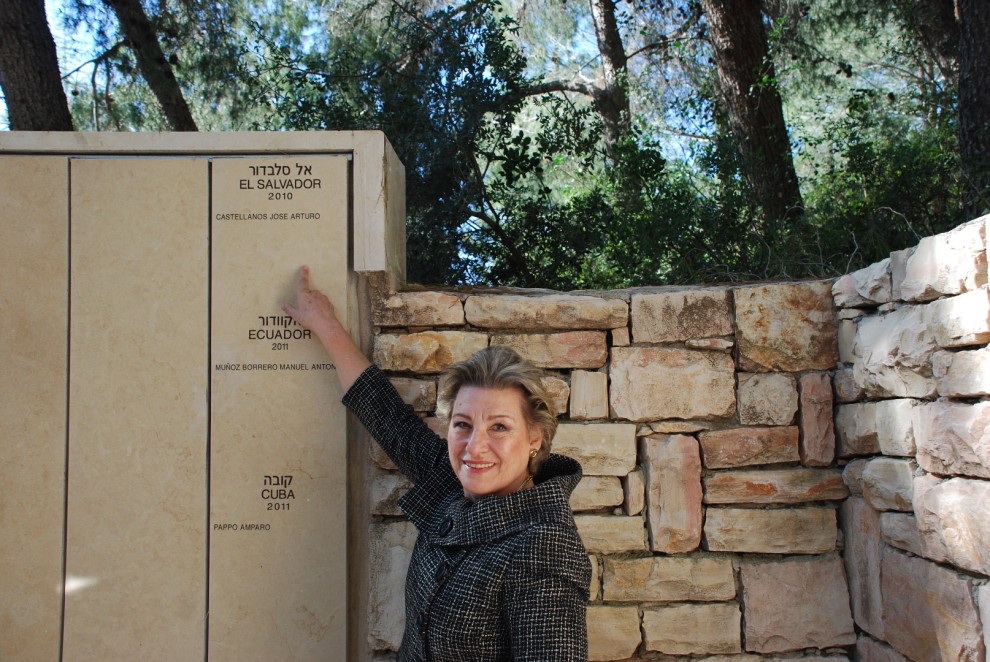 On Sunday, April 27, the Holocaust Resource Center of the Jewish Federation of the Lehigh Valley will host “Choosing to Act: Stories of Rescue.” The evening of Holocaust remembrance will particularly commemorate the activities of Colonel José Arturo Castellanos, a Salvadorian diplomat who issued illegal certificates of Salvadorian citizenship, mainly to Hungarian Jews during the Holocaust. His efforts saved tens of thousands of lives. Castellanos’ daughter, Frieda Garcia, will be on hand to speak about the bravery and ingenuity of her father during World War II and how he risked everything for Jewish life.

A native of El Salvador, Castellanos joined his country’s military and served for 26 years, achieving the rank of second chief of the general staff of the army of the Republic of El Salvador. He then went on to serve as Salvadoran Consul General in Liverpool, England; Hamburg, Germany and Geneva, Switzerland.

While in Geneva, Castellanos befriended George Mandel, a Hungarian Jewish businessman. Soon after being named consul in that city, Castellanos appointed Mandel to the fictitious position of “the consulate’s first secretary,” and changed Mandel’s last name to the more Spanish-sounding Mantello.

By 1944, Mandel-Mantello, with the official seal of the consul, was issuing illegal passports and visas for European Jews desperately seeking to escape Nazi rule. This small-scale scheme turned into one of the largest rescue missions in the history of the Holocaust.

Castellanos and Mendel-Mantello could not produce passports and visas fast enough, so they began secretly distributing more than 13,000 documents of Salvadorian citizenship. These certificates allowed Central European Jews to seek protection from the International Red Cross and, eventually, from the Swiss Consul in Budapest. Known as “El Salvador Action,” the activities of the two men saved between 30,000 and 50,000 Jews. Initially, Castellanos sought permission from his government to issue the citizenship papers and was refused. He continued his efforts anyway.

The heroic work of Castellanos, who died in 1977 in San Salvador, were uncovered in 2005 when a woman from Geneva found an abandoned suitcase of El Salvador certificates in her basement. Castellanos’s efforts have since been honored by the Anti-Defamation League, the American Jewish Committee and Visas for Life. In 2010, Yad Vashem recognized Castellanos with the title “Righteous Among the Nations.”

Today, Castellano’s daughter, Garcia, takes an active interest in commemorating her father’s efforts. She grew up in London, where her father in the post-war years served as ambassador, and spent holidays in Switzerland with her brother and grandfather. As an adult, Garcia started a company for simultaneous interpretation and translations in El Salvador, Guatemala and Honduras.

Garcia said she is honored to share her father’s story of heroism and bring awareness to the world of the sufferings of the Jewish people during the Holocaust.

This event is free and open to the community. The program will begin at 7 p.m., at the JCC of Allentown. For more information, contact the Jewish Federation of the Lehigh Valley at 610-821-5500.