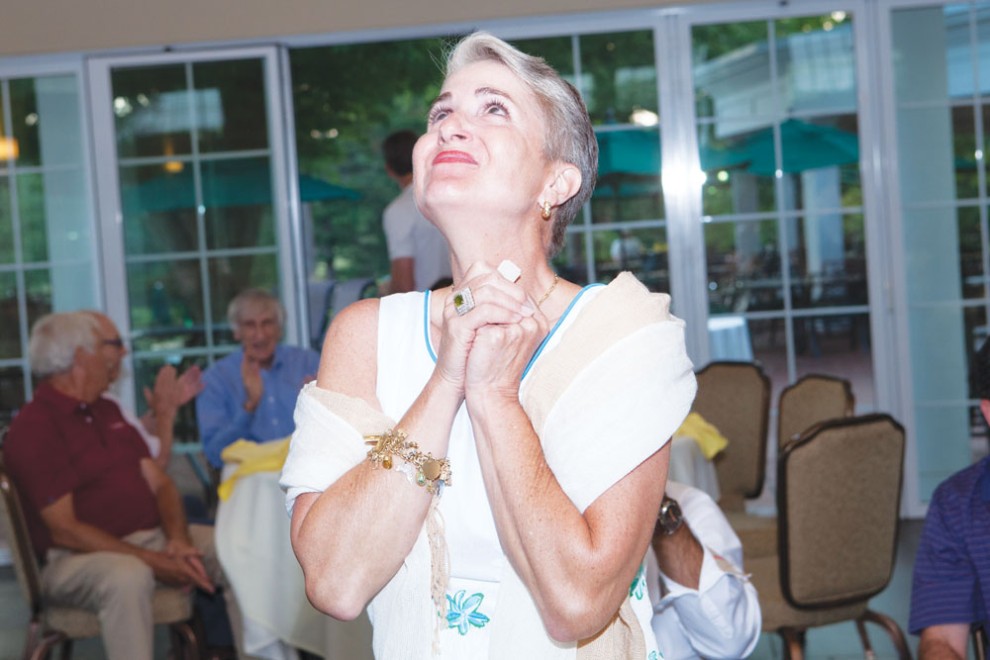 As a member of Lehigh Country Club, a long-time friend of the Schiff family and a Federation supporter, Howard Epstein, z”l, was a mainstay at the Federation’s Mortimer S. Schiff Memorial Golf Tournament.

For his wife, Linda, he was certainly there in spirit on June 20 when she was announced the $5,000 grand prize winner in the reverse raffle.

“It was just like a little bit of a fairy tale for me,” said Linda, an Eagle Sponsor and golfer herself, who looked upward as her name was announced and clasped her hands together. “I never in a million years expected to win.”

The storybook ending capped off a peaceful day on the golf course for the players and supporters of the tournament, now in its fifth year.

The money raised through the tournament helps the Federation sponsor prejudice reduction programs in local schools.

Dinner guests enjoyed a special treat at this year’s tournament in the opportunity to hear from Rich Lerner, fresh off of his coverage of the U.S. Open for the Golf Channel. Lerner, an Allentown native, was the emcee at the very first Schiff tournament.

Thirteen golfers made it into the semi-final round for the $10,000 putting contest, and the match came down to Drew Harris and Midge Sokol. The duo went several rounds before Harris bested his opponent and had an opportunity to go for the grand prize. He took a great shot, but came just short of making it in the hole.

Thank you to our players and sponsors for another great year.

Want a chance at the big money? Join us for the 6th annual Mortimer S. Schiff Memorial Golf Tournament on Monday, June 19, 2017.