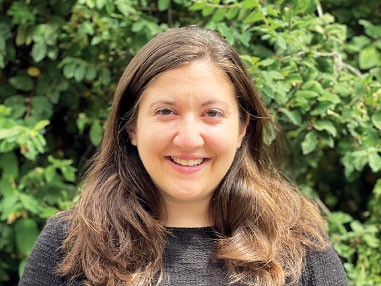 Last month, Amy Zylberman joined the Federation staff team as the new director of community development. She will be responsible for assisting with the Annual Campaign for Jewish Needs, Women's Philanthropy and other affinity groups.

Zylberman served most recently as the acting director of the Klehr Center for Jewish Life at Franklin and Marshall College. Prior to that, she was the assistant director of the Klehr Center for Jewish Life, and she had also served as the program director of the Hillel at Trinity College. In addition to creating and running exciting programs, she has experience in fundraising and grant writing and has secured major endowment gifts while at Franklin and Marshall. While at Trinity College Hillel, Zylberman strengthened her ability to create dynamic, engaging opportunities for Jewish students. She supervised a Challah for Hunger Chapter and David Project fellows, recruited students for an Israel Uncovered trip, and helped students create diverse, successful Israel programming. She is looking forward to sharing her experience and creating program content with the Jewish Federation of the Lehigh Valley.

She earned a B.A. in English from Endicott College in Beverly, Mass., and an M.A. in American Studies and Museums from Trinity College in Hartford, Conn. While an undergraduate student, she founded her college’s Hillel chapter.

“I’ve always been drawn to smaller communities, which is why I ended up in a 2,000-student liberal arts college. I don’t think you should have to sacrifice your whole being just because you're choosing a location that feels right to you. You shouldn’t have to sacrifice your religion, your spiritual well being. It felt important to do that and chart a course for Jewish leadership on my own,” Zylberman said of her experience as Endicott’s Hillel founder.