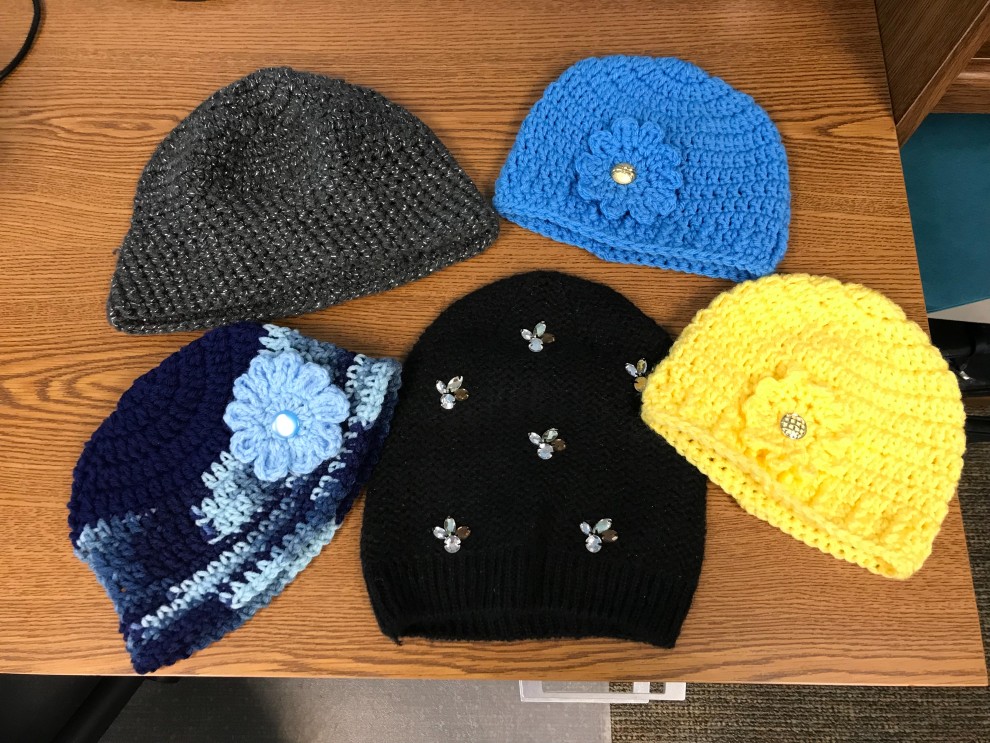 “I know there’s always a need” at Jewish Family Service, Ferne Kushner explained as her reasoning for sponsoring a project where her knitting club’s members donated hats and scarves for clients in need this winter.

Although the club is a new addition to the community, Kushner has been knitting since she was in junior high, and created the club because “I saw a need for our women to have this hobby.”

“Knitting makes you feel productive, energized, important, at ease, in place of smoking, easy to carry to meetings, a good conversational topic, and as grandchildren come along (hopefully), it keeps you involved, makes you proud and a good contributor to the little one’s lifestyle,” she said.

As for the donation, “I know what JFS does,” said Kushner, whose husband, Jack Kushner z”l, served as the agency’s president. “They’re the ones who see people who are really in need, and so I decided if I could help somebody be warm who wouldn’t ordinarily be warm, it would be wonderful.”

In addition to donating creations to JFS, Kushner is helping several new members make scarves, which she says are good beginner projects. “There’s a lot of satisfaction in watching somebody who has not knitted become a knitter and make something useful,” Kushner said, adding that anyone is welcome to join and learn how to create knitting projects for donation or to keep.

Ferne’s Knitting Club meets on Wednesdays from 1 - 2:30 p.m. at Congregation Keneseth Israel in the fall, winter and spring. New members are always welcome.