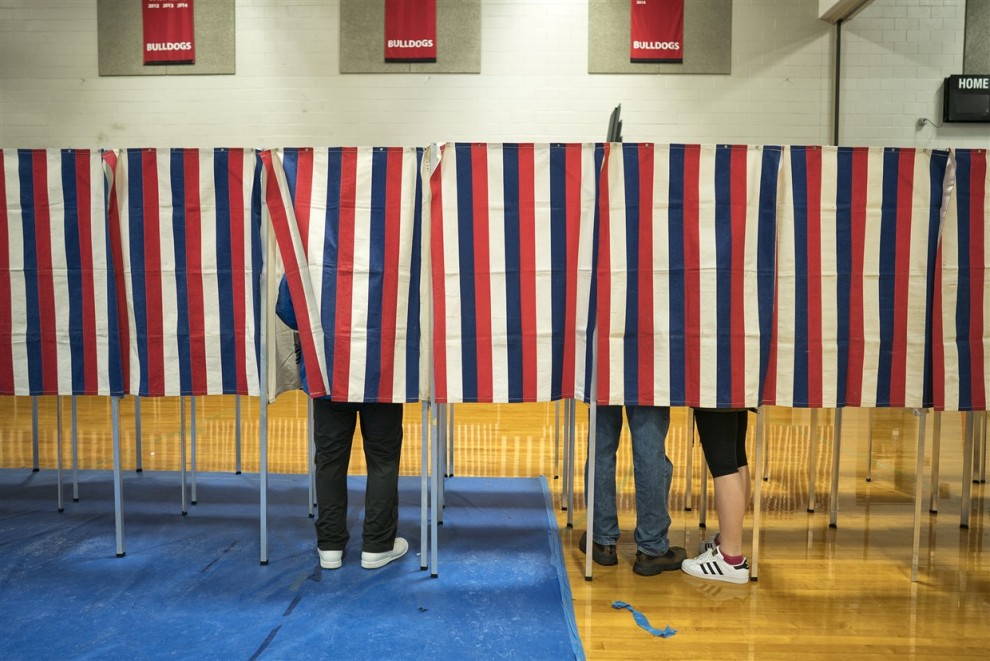 Lehigh Valley voters will have the chance to weigh in on a pivotal race this November as three candidates vie to replace Charlie Dent as their representative in Congress.

Candidates for Pennsylvania governor and seats in the state Legislature will also be on the ballot.

One week before Election Day, on Oct. 30, the Community Relations Council of the Jewish Federation of the Lehigh Valley will co-host a forum with Congregation Brith Sholom where a local polling expert will look at the trends and likely outcomes of the election.

The non-partisan forum at Brith Sholom, titled “A Blue Wave???,” will feature Dr. Chris Borick, director of the Institute of Public Opinion at Muhlenberg College.

“There’s a lot of expectation because of historical cycles and current polling that the midterm elections could be a very positive one for democrats and a challenging one for republicans,” Borick said.  “The big question that I think almost everybody has is just how big will democratic gains be in Congress in the midterm elections?”

“What kind of blue wave are we looking at?,” he continued. “Might it be a ripple or a tsunami.”

Borick has been speaking at forums in the Jewish community for about 15 years. In addition to questions regarding Israel, attendees often ask about economic issues, educational issues and environmental issues, he said.

“I’m always so impressed with the insight and depth of the questions I get during talks at the various events I’ve done in the community over the years,” he said. “Folks are highly engaged and knowledgeable about politics both nationally and locally. I always have to be extra prepared with my research because folks will want to know. They’ll double check you and ask you to defend your case and I love that.”

Through his role at Muhlenberg, Borick is just starting to conduct in-depth polling on this election cycle and will have his up-to-the-minute data ready for the forum. While not everyone will be happy with the data or his analysis, he acknowledges, his only aim is to present as clear a picture as he can of what he believes will happen.

“People come in at events like this certainly with their own political beliefs, their own hopes for what should happen and sometimes my analysis doesn’t align with that,” he said. “And what I always tell them is I have one goal when I make predictions or projections and that’s to be right.”

“Chris is a marvelous pollster,” said Dr. Gordon Goldberg, who is chairing the event.

Goldberg has presented election forums at Brith Sholom since 2002. He started right after the Bush-Gore election: “Everybody was up in arms about what took place,” he said. “I decided that that would be a good time to do this.”
In addition to the critical Congressional race, he will also touch on the contest for Pennsylvania’s governor and control of the state legislature, he said.

“There’s a United States census coming up in 2020 and control of the legislature means that they’re going to be able to redraw the boundaries,” Goldberg said. “The issue of gerrymandering, that is very much an issue. Because whoever controls the legislature will be in a position to redraw the districts.”

“Election 2018: A Blue Wave???” will take place on Tuesday, Oct. 30, at 7:30 p.m. at Congregation Brith Sholom. The program is free and open to the public. To learn more, visit jewishlehighvalley.org.