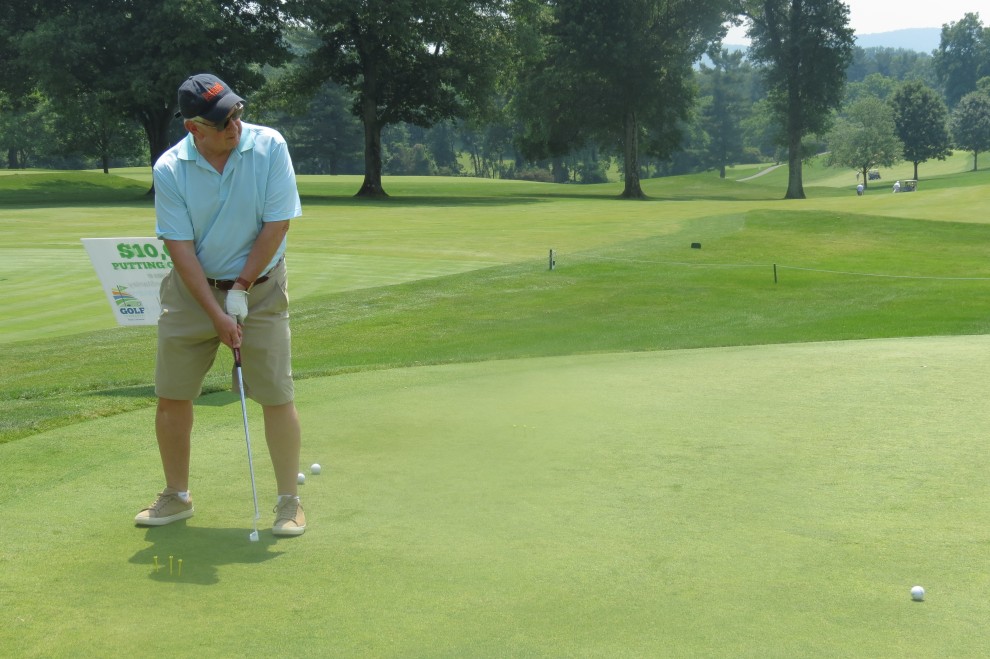 Golfers beat the heat and had a great time on and off the links on June 18 at the Jewish Federation of the Lehigh Valley’s seventh annual Mortimer S. Schiff Memorial Golf Tournament in support of prejudice reduction and bringing people together.

Despite the blazing sun, the foursomes set out for a full 18 holes at the beautiful Lehigh Country Club after enjoying a decadent brunch in the clubhouse.

Out on the course, they stopped for additional chances to win prizes, including by getting the longest drive, closest to the pin and into the pot of gold. At Hole 16, each golfer took a shot at a hole-in-one that would come with a lease on a Lexus.

Throughout the day, players took putts to try and qualify for the semi-final round of the putting contest. Eight golfers sunk their putts in the qualifying rounds, but only Rick Buss sank his in the semi-finals, leading him to the final round. His attempt to make the 50-foot putt for $10,000 came just so close, but he still walked away with a great consolation prize.

Back in the clubhouse, golfers and additional guests enjoyed cocktail hour before making their way to the dining room. Over a meal of prime rib, tournament co-chairs Barnet Fraenkel and Richie Schiff pulled tickets and announced reverse raffle prizes. With the last ticket in the basket, the grand prize of $5,000 went to tournament committee member Erica Hyman, who generously donated half of her winnings back to Federation.

After receiving the Schiff Award for Prejudice Reduction at the Federation’s annual meeting days before, Cantor Kevin Wartell was again honored with the award at the tournament. He was presented with a proclamation that attested to his efforts to build bridges in the community.

The tournament is made possible through the support of Lexus of Lehigh Valley, the Mortimer S. Schiff Family Foundation and all of the sponsors and players whose efforts help fund prejudice reduction programs in local public schools and support the Federation’s broader mission of helping Jews and non-Jews all over the world.