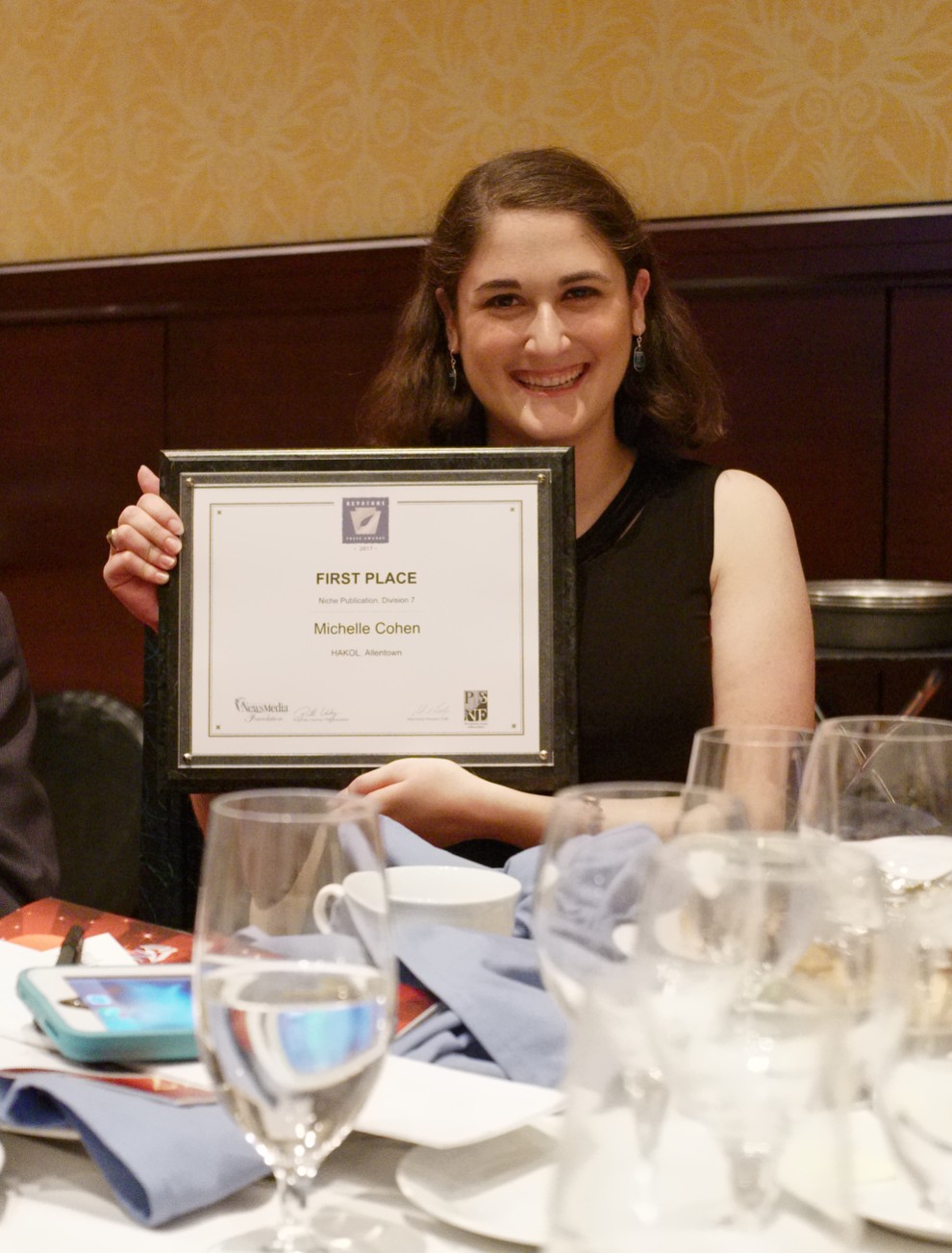 HAKOL editor Michelle Cohen accepted the paper’s first place award for "niche publication" in its division in the Keystone Press Awards, sponsored by the Pennsylvania NewsMedia Association Foundation. The two goals of the award, according to the website, are to “reinforce excellence by individuals in the news media profession, by recognizing journalism that consistently provides relevance, integrity and initiative in serving readers, and faithfully fulfills its First Amendment rights/responsibilities,” and to “stimulate journalists to improve their craft and ultimately improve their community.”

On May 20, Cohen attended the ceremony in Lancaster, along with editors, reporters and photographers from newspapers across the state. After a cocktail hour, the award recipients heard from Mike Feeley, director of content at “PennLive/The Patriot-News” in Harrisburg before enjoying an elegant dinner. Feeley then returned to the stage alongside Garry Lenton, assistant news editor of features and special sections at the Reading Eagle Company, to present the plaques to attendees. Winners in every category and division were acknowledged; for HAKOL, Federation's Director of Marketing Stephanie Smartschan and Senior Graphic Designer Allison Meyers were honored in addition to Cohen. Closing remarks ended the evening, after which many of the participants stayed to network.

“It was exciting to meet people who have dedicated their careers to journalism,” Cohen said. “I hope to bring back what I learned from the event to keep improving HAKOL in the future.”