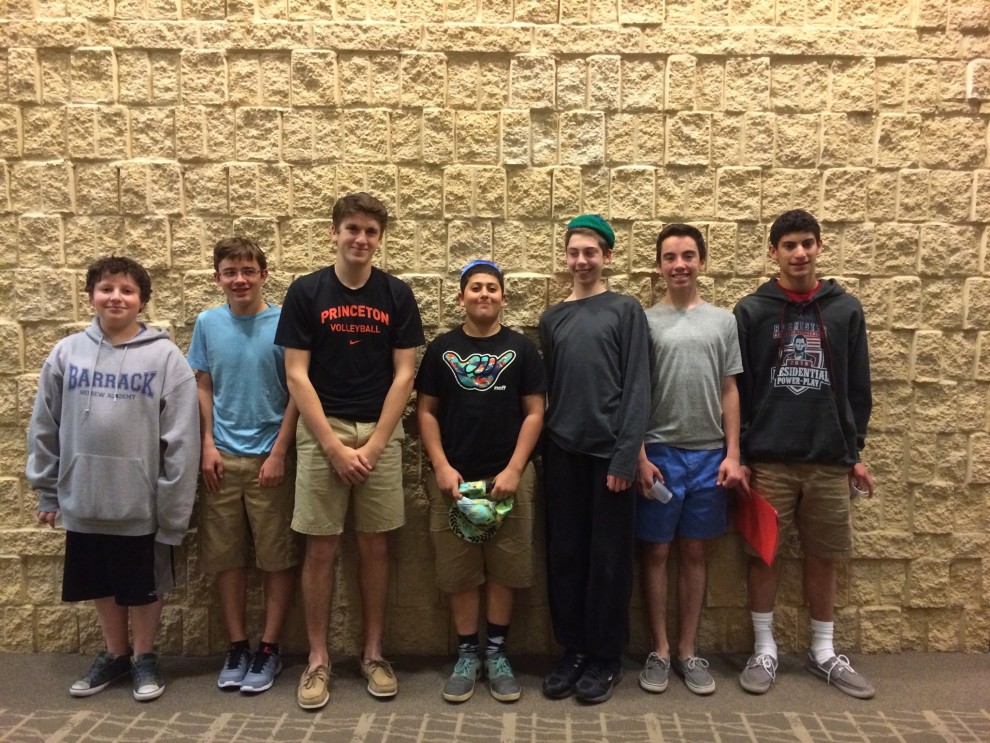 Twelve high school students will affirm their commitment to the Jewish faith this Shavuot as they lead services for their confirmations at Congregation Keneseth Israel and Temple Beth El.

“They are old enough now to be able to take ownership of their own beliefs in a way that they weren’t able to when they were 13,” said Stacey Delcau, director of education at Keneseth Israel. They will be “standing in front of their peers and their family members saying I matter to the Jewish community and I have an opinion and thoughts and knowledge and something to contribute to my community.”

Confirmation, a modern-day ritual that originated in the Reform movement, is typically tied to the Shavuot holiday.

“Shavuot is when we celebrate receiving the Torah and this is what the children are studying and have committed themselves to,” said Alicia Zahn, religious school director at Beth El. “We also traditionally read the Book of Ruth on Shavuot and part of our curriculum in our confirmation class … they study the entire Book of Ruth and the lessons from it.”

At KI, Jonah Grob, Max Hakim, Kara Hortner, Daniel Rosenfeld and Sophie Valuntas will lead a Havdallah service on Saturday, June 11. They will each do a Torah reading, read a portion of the Ten Commandments and do their own individual readings before the prayers. “They’re really crafting and figuring out their connection, and they each get to pick their own prayer that speaks to them,” Delcau said. “They’re really getting that opportunity to share what’s meaningful to them individually.”

At Beth El, Ori Cohen, William Dacey, Seth Fine, Brendan Fraley, Alexander Garber, Zev Gould and Matthew Zager will help lead the Shavuot service on Sunday, June 12. They will each chant from the Torah and Haftorah and give the D’var Torah on that day.

Next year, the hope is that the students will move on to Shalshelet, a program for 10th through 12th graders housed at Beth El but open to all Jewish teens, Zahn said. “That is what’s been happening,” she said. “They kind of move right into there.”

Shalshelet meets twice a month to hear different speakers focusing on topics that the “kids themselves have said that they want to be learning about,” Zahn said.