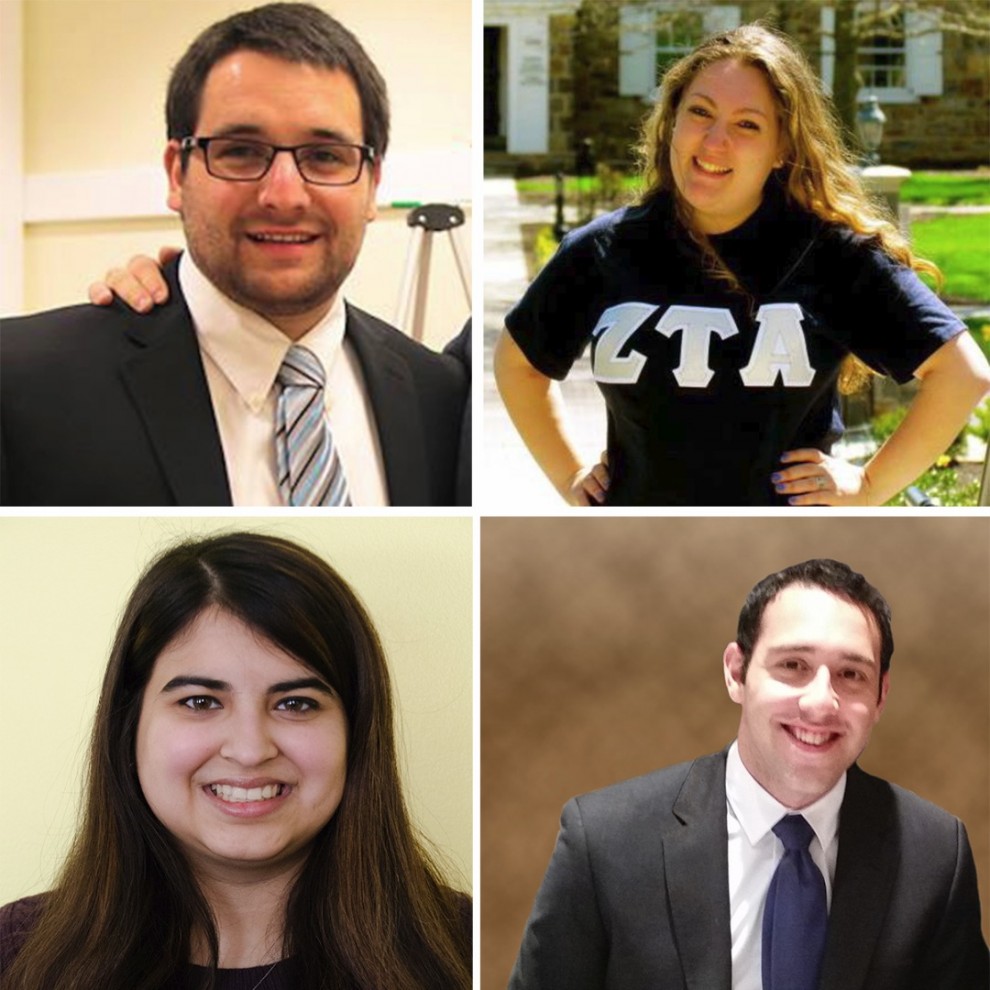 Join the Jewish Federation of the Lehigh Valley in honoring recipients of the 2015 Levy Hillel Leadership Awards. The Levy Hillel Award recognizes young leaders in the Lehigh Valley’s Hillel chapters. The award was founded by Mort and Myra Levy. The program and brunch will be held on April 19 at 10:30 a.m. at the Jewish Community Center of Allentown and is free and open to the community.

Alyssa Braver Alyssa Braver is a junior at Lafayette College double majoring in government/law and philosophy. Braver has been involved in the Lafayette Hillel Society since 2012, and currently holds the position of vice president of social actions, where she plans various philanthropic events and Holocaust Remembrance Week. This past year, Braver was a semifinalist at the Emerson Rose and New England Regionals, a debate speech tournament. Braver is a member of Pi Sigma Alpha, the government/law honor society, as well as Pi Kappa Delta, the forensics honorary society.

Jonathan Cohen Jonathan Cohen is a senior at Lehigh University double majoring in mechanical engineering and finance. In 2012, Cohen co-founded the Tamid Israel Investment Group, which is a consulting group for Israeli start-up companies. Additionally, Cohen is the vice president of membership engagement for the Friends of Israel Club, which promotes Birthright and other Israel trip options, and serves as a liaison to AIPAC. Currently, Cohen serves as the president of Alpha Epsilon Pi, an international Jewish fraternity, where he organizes Shabbat dinners and informs his members about various Jewish opportunities at Lehigh.

Emily Mudd
Emily Mudd is a senior at Moravian College double majoring in neuroscience and psychology. Currently, Mudd serves as the president of the Moravian College Hillel Society, where she helps organize events that engage Jewish students on campus. This past summer, she worked as a camp counselor at the Jewish Community Center in Worcester, Massachusetts, where she served as a mentor to young children. Mudd is a member of Gamma Sigma Alpha, Greek Honor Society and in 2015 she received the Who’s Who Among Students in American Universities and Colleges award.

Ethan Weg Ethan Weg is a senior at Muhlenberg College majoring in Jewish studies and media and communications. He has held various positions in United Synagogue Youth, from regional advisor to co-advisor, since 2011. Weg has been a part of the Jewish National Fund since 2014, and serves as a JNF Campus Fellow. Currently, Weg is the executive vice president of Israel affairs at Muhlenberg College’s Hillel, and had helped shape the Conservative minyan.