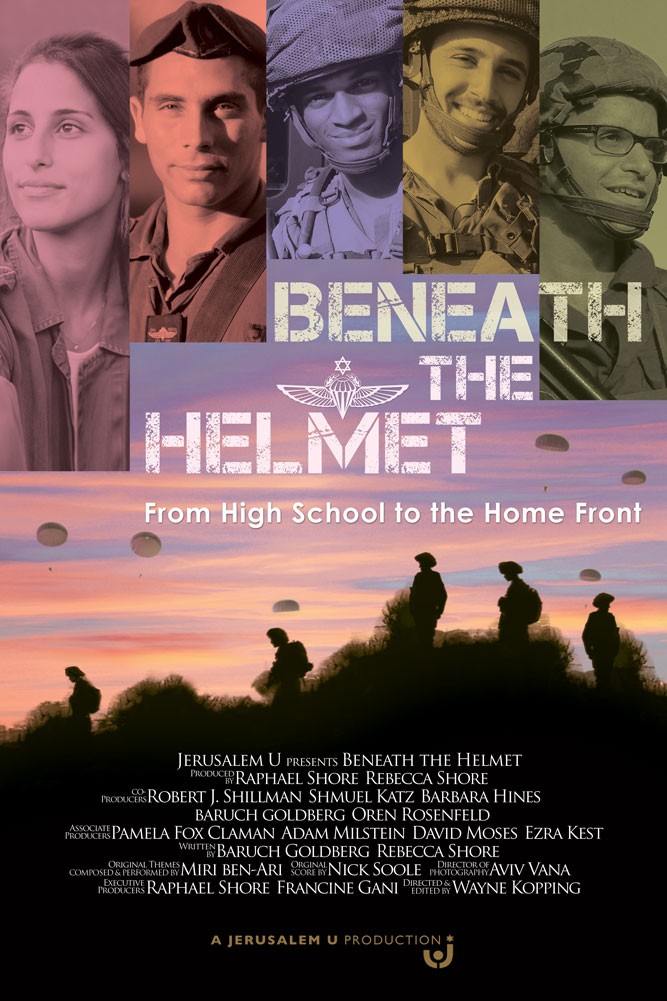 The JCC’s 20th Annual Jewish & Israeli Film Festival concludes on Wednesday, June 3, with “Beneath the Helmet: From High School to the Home Front.” Presented in partnership with the Federation’s Community Relations Council, the film is a coming-of-age story which follows the journey of five Israeli high school graduates as they begin their army service. A lone soldier from Switzerland, a recent immigrant from Ethiopia, a girl who thought about evading army service but changed her mind and is now a drill sergeant in a program that helps soldiers integrate into army life, these teens and others captivate us with their stories. We learn how these young men and women are defending not only their homes and their country, but also the values of peace, equality, opportunity, democracy, religious tolerance, and women’s rights.

“Sometimes we forget that beneath the helmet there is a young person with hopes and dreams looking for a better future for their families and their country,” said Aaron Gorodzinsky, director of outreach and community relations for the Federation. “This is why it is so important to watch this film because it reminds us that the IDF is an army of people who feel, fear, and dream just like we do.”

One of the soldiers in the film, Aviv Regev, will be with us to introduce the film and to take part in a post-presentation discussion. Regev, who grew up in the Golan Heights, was a deputy platoon commander in the 101st Paratrooper Brigade, and at the age of 23, was in charge of 120 soldiers.

The film begins at 7 p.m. in the Kline Auditorium at the JCC. Refreshments will be served. Tickets are $9/$6 JCC members; they may be purchased in advance at the JCC and will also be available at the door.