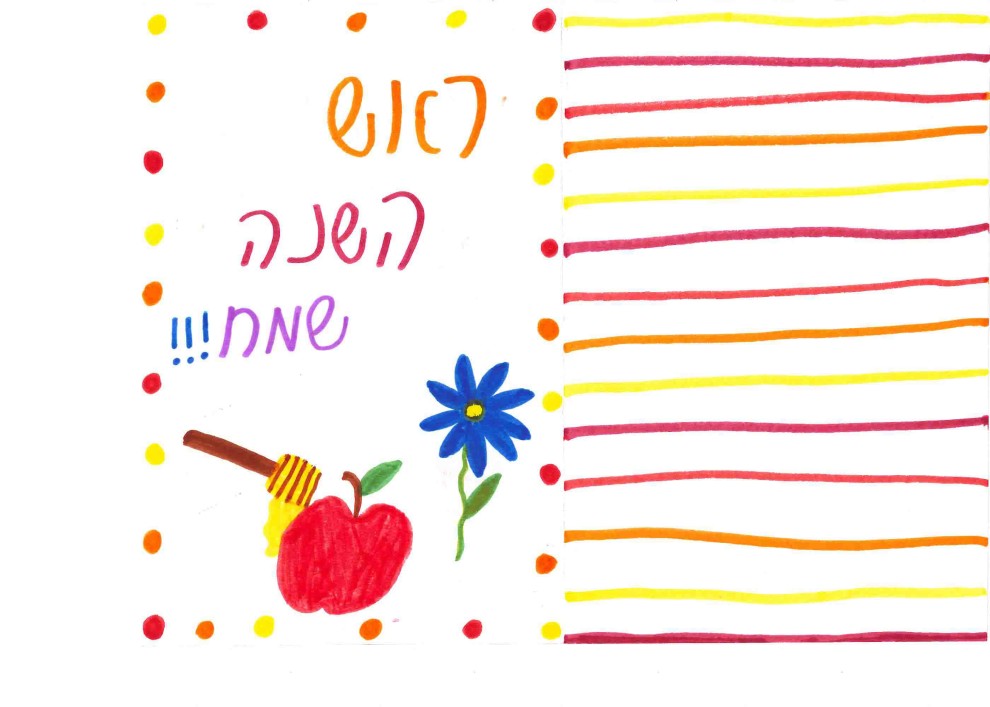 By Michelle Cohen
HAKOL Editor
Fifth through eighth grade students at the Jewish Day School in Allentown are enjoying the opportunity to meet and befriend students from Sdot Yoav, a school in the Lehigh Valley’s sister region in Israel, as part of a school twinning program from JDS.
“The idea is that students here would understand the meaning of living in Israel,” and that “there’s not such a difference,” said Elvira Mana, the teacher in charge of the JDS portion of the twinning program. “We do a lot of the same things,” she added as she explained the idea behind several of the past programs. To this effect, a future program is planned to delve into the family roots of each family participating in the program, to show that the students have roots in common in addition to culture, holidays and other Jewish practices.
The students interact on video three times a year, and during the rest of the year, they interact online and write letters to each other. The students are encouraged to communicate with their new friends independently of school functions as well; they text, instant message, and email each other. Mana and her Israeli counterparts are pleased that the students foster these “personal connections with other kids” outside of the classroom, she said, and she and the other teachers are doing their best to arrange programs during the school year to help the kids facilitate these relationships.
The most recent joint project took place over Rosh Hashanah. Students from JDS wrote Rosh Hashanah cards and blessings for their Israeli friends and then mailed the cards before receiving cards from Israel in return. The JDS students had an opportunity to practice their Hebrew in their cards, and vice versa, with the students from Yoav; since the school in Yoav is so large, approximately 20 students who are proficient in English are chosen from each grade to keep the numbers relatively even.
The students have now begun their next project, where they are working on ID cards. Each student is writing a card about himself or herself; the cards will later be shared on a private website only accessible to the students and teachers participating in the program. With the new ID cards, students from both schools will be able to learn more about each other before their video chats and other interactive programs.
The upcoming Chanukah event, where students will video chat, light candles, eat, play games and “create more of a community,” according to Mana, is an ideal place for the students to engage with each other, practice their language skills and make new friends. Although video chats are more complicated due to the seven-hour time difference and the difference in school breaks in Israel and the US, Mana and her counterparts do their best to give the students plenty of time to interact and bond.
Following the Chanukah event, Mana hopes to hold other events at other holidays, including Purim and Passover. Each video chat is saved on the group’s private website, and a teacher with video editing experience combines the video experiences from each side so they can be watched side by side. This made last year’s Purim skit particularly enjoyable; the video of the megillah-based charades game was spliced to show how the students from each place played each of the main characters of the Purim story. Last year’s Passover seder was also broadcast online, and students are able to watch the videos again at any time.
The ultimate goal of the program is giving the students the linguistic and multicultural tools they will need to continue their friendships long after their involvement in the program has ended. Students who travel to Israel are encouraged to go to Yoav and meet their friends in person, and some students even choose to celebrate their bar or bat mitzvah in Yoav. Although most of the students’ communication is web-based, Mana hopes to see an outcome that can result from years of a traditional pen pal relationship: lifelong friendship.