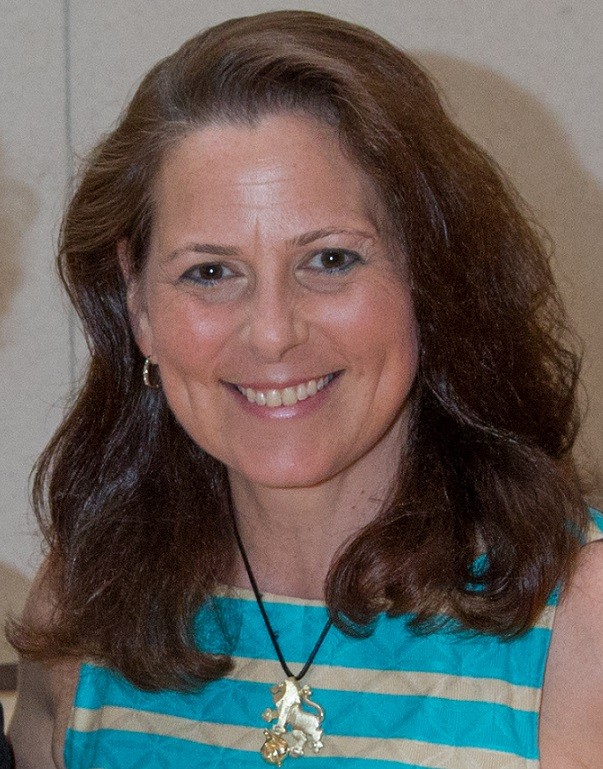 First as a volunteer and later as a professional, Judy Diamondstein has spent more than two decades sharing her family and her passion for the Jewish community with the Lehigh Valley.

Her husband, Marc, has been a committed volunteer, most recently serving as a member of the Federation’s Community Relations Council and chairman of its Partnership2Gether Committee. Her children, Noah and Molly, attended pre-school at the Jewish Community Center, Hebrew school at Temple Beth El and were deeply involved in BBYO and USY. For the entire family, Super Sunday was like an annual holiday.

With Noah in rabbinical school in Israel and Molly attending Colgate University, Judy and Marc will be moving on this winter as Judy assumes the position of Chief Executive Officer of the Jewish Federation of Greater New Haven.
“I’ve been incredibly fortunate to have grown up and grown as both a member of this Jewish community and a professional and feel that my ‘lifetime’ of experience has been invaluable to me,” Judy said. “The very very special people of this Jewish community have impacted me in ways that I can’t possibly quantify, but they will be with me always.”

The Diamondsteins moved to the Lehigh Valley in 1992. Judy’s early professional activities included Lehigh University Hillel director and director of camp, membership and program services at the Jewish Community Center of Allentown.  As a volunteer, she served the Jewish Federation as a campaign worker, on the Women's Division Board and on the Federation board; at Temple Beth El she was Sisterhood president, a synagogue board member and a member of its Building Committee.

“I am happy for Judy's career advancement, but of course I feel a sense of loss of a good friend and dedicated Jewish communal professional from our community,” said Mark L. Goldstein, Federation executive director. “It has been an honor to work with Judy as a senior member of our Federation staff team these past 10 years; it will be an honor to work with her as a Federation executive peer colleague in the years to come.”

As assistant executive director and chief development professional, Judy has provided exceptional leadership to the Federation’s Annual Campaign enterprise. During Judy's tenure, the Lehigh Valley was the recipient of a national Federation Sapir Award for Campaign Excellence. She was selected to participate in the inaugural class of Jewish Federation of North America's Fundraising University program and this past year provided professional leadership to the national mission of campaign chairpersons and campaign directors.

“Judy will be greatly missed by our community and by me, personally,” said Barnet Fraenkel, who worked closely with Judy to revitalize the Federation’s annual golf tournament. “I respect her diligence and work ethic as well as her enormous passion for the causes supported by the Federation. “

Judy was also instrumental in the renaissance of programming and community organization in Easton through the Federation's Easton Leadership Council. “I feel like she has enabled me to be a part of the Federation in the way that I chose to,” said Nan Ronis, who worked with Judy through the ELC. “I really appreciated a decade or more of tutelage from Judy. I think whatever the organization has benefited from me it’s because I benefited from her.”

Federation President Mark H. Scoblionko said his first “in-depth contact” with Judy occurred several years ago while on a Federation mission to Israel. “There was an instant fondness for her as a friend, which ultimately expanded as my lay involvement with Federation grew,” Scoblionko said. “I have since had the privilege of working directly with Judy first as campaign chair and now as president.  I have always been impressed with her professionalism, attention to detail and overall enthusiasm.”

The Jewish Federation of Greater New Haven serves a Jewish community of 22,000 Jews and raises approximately $2.7 million. New Haven is one of a growing trend of “integrated Jewish communities” in which the Jewish Federation and the Jewish Community Center (and sometimes other agencies) integrate programming, management, administration and/or governance. As CEO, Judy will oversee the entire Federation-JCC operation in New Haven. Her first day will start on Jan. 2.

She should thrive in this role because, as Eileen Fischmann says, her “passion and enthusiasm for Israel and the Jewish community is boundless.”

“I have never seen Judy without a smile on her face, regardless of what is going on in the world.  She focuses on what we can do to help, where we need to be at any given time to provide for fellow Jews and non-Jews in need, and how we can raise more money, of which there is never enough, to provide for all these needs,” said Fischmann, past Federation campaign chair. “The community will miss Judy very much and I personally am sad to see her go, but happy for her sake for this advancement.”