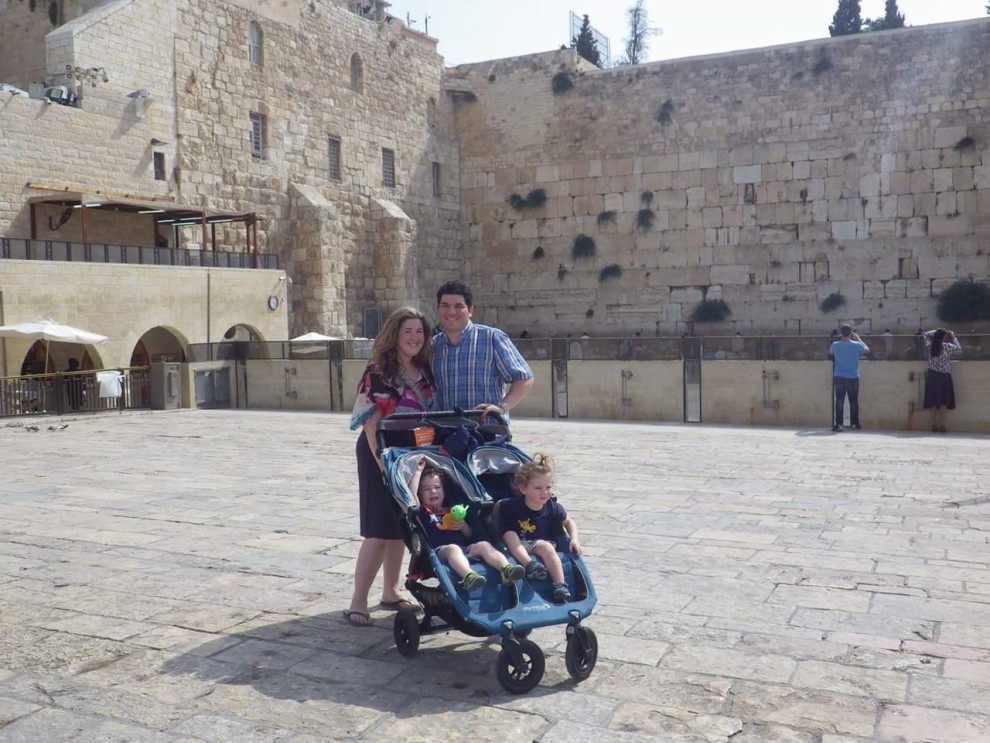 Five years later, they have grown personally, professionally and spiritually. They are leaving the Lehigh Valley as a family of four, as an even more well-rounded cantor, a soon-to-be newly minted rabbi and with two rambunctious almost three-year olds, Noam and Shai.

Jenn and Matan remark on the support, warmth, friendship, love and feeling of family they have felt from the community since the day they arrived. Through several moves, a demanding school and study schedule for Matan, the birth of their sons, the transition from young couple to busy family, and Jenn’s day job, they both commented that the community has always been there for them and it’s something for which they are forever grateful. Matan thought he’d encounter a big city mentality – perhaps with less friendliness and somewhat colder air – instead he found warmth, friendship and support.

Matan loves this community and speaks of it with great pride. “People feel comfortable enough to be different with each other,” he said, a quality he felt was indicative of a strong community. He went on to say that “the community reminds me of everything that is good on a kibbutz. More than tolerance,“ he said, “our community has a place for everyone.”

Jenn speaks of “the safe space” that has been created at KI and her joy in knowing that congregants feel comfortable joining her on the bimah as they sing with their whole hearts. Always one to enjoy active and participatory congregants, she said “it warms my heart to see that those sitting out in the congregation can enjoy these moments as leading worship is not a performance – rather it’s making our texts come
to life.”

As KI slowly comes to grips with the need to say goodbye, the congregation is equally delighted to honor Cantor Jenn and Matan at the annual Gala in May.  They were surprised and overjoyed to be this year’s honorees. And what a perfect way to send them off than with an evening of delicious food and musical entertainment with internationally renowned Israeli cabaret singer Hadar.

Personally, Cantor Jenn and Matan’s next step will bring them back to Florida where they will be surrounded by family and where their boys can continue growing up with cousins, aunts, uncles, grandparents and great-grandparents nearby. Professionally, they will be bringing their love of Judaism with them and looking for ways to make Judaism relevant and meaningful in their new community.

Join Congregation Keneseth Israel on Saturday, May 21, as we bid farewell and share a final opportunity to show our appreciation for all they have brought to KI and the entire Jewish community. For more information or to buy tickets please contact the KI office at 610-435-9074.