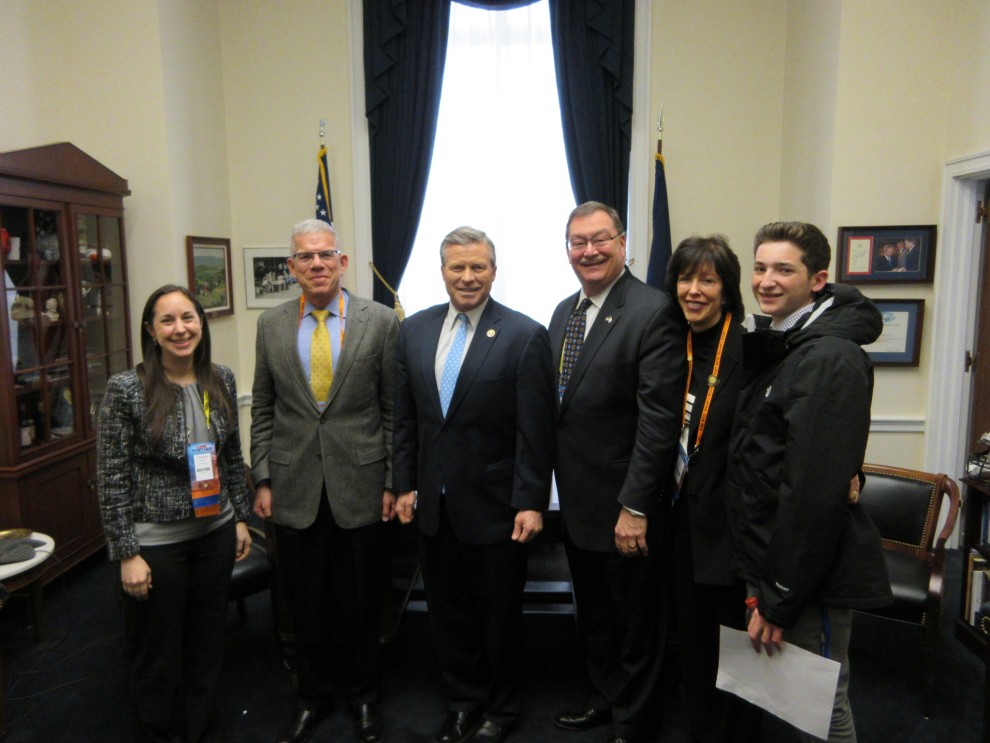 A group of 64 Lehigh Valley community members, including 17 college students, gathered together for the 2016 AIPAC Policy Conference. Several of this year’s attendees shared their thoughts about this year’s conference and the mission of AIPAC.

As someone once said to me, there is something thrilling about being in a place where everyone around you loves Israel as much as you do. It felt wonderful to be talking, studying, socializing and advocating with 18,000 like-minded people.

AIPAC exists to help the State of Israel in this complicated and frightening world. At the conference, breakout sessions were offered to broaden our knowledge of all aspects of Israeli society. I was impressed by the high level of scholarship and interest in the workshops. At our first session we watched a movie about a small town on the border of Gaza. The movie “Rockin’ in the Red Zone” explained how a town bombarded by missiles can make music and keep a sense of community alive. We learned about anti-Semitism in Spain and South America, and the intricacies of the Syrian Civil War.

Since this is an election year we heard from all but one of the presidential candidates. They all expressed solidarity with Israel and pledged to continue the United States’ commitment to a free, democratic and Jewish state of Israel.

I found AIPAC to be an organization that has lived up to its mission to protect and advocate for Israel in the United States.

This was my third time attending AIPAC, and it was as wonderful of an experience as it always is. Between the breakout sessions and the incredible slate of speakers, there was so much to hear and learn about, not just in the field of politics, but on topics ranging from Israeli civil society to medicine to the arts.

While it was interesting to hear from many of the presidential candidates, I was most excited to see and speak to Congresswoman Ileana Ros-Lehtinen. As a Jew from Venezuela, I have been impressed with her work holding the Venezuelan government accountable as well as her stalwart support for Israel.

Like every year, I come away from AIPAC with a renewed commitment to support Israel and to ensure that the U.S.-Israel relationship is as strong as ever.

This was an incredible year at the AIPAC Policy Conference for several reasons. First, the presidential election created a tremendous amount of excitement, and hearing from the candidates from each party was remarkable. Second, AIPAC’s emphasis on enforcing Iran’s compliance with the JCPOA – and its efforts to support sanctions for Iran’s support for worldwide terrorism – is a highly important mission. Third, the growth in attendees was shocking, as nearly 19,000 AIPAC supporters rallied in Washington, including thousands of students. At least three of our local rabbis attended. In addition to a cadre of college students from the Lehigh Valley, our Lehigh Valley group was joined by several high school students, including Allison Fels (a high school junior), Ben Wilson and Ben Wax (high school sophomores.)

The entire event was inspiring, and it instills such tremendous pride in America and its strongest ally, Israel.

As a student at Muhlenberg, it was extremely exciting and encouraging to be surrounded by 18,000 people who are also pro-Israel and care about a strong relationship between Israel and the United States. No matter what your background was, everyone was together, making a statement to the world, proving the importance of that relationship.

One of the most exciting parts of being at the conference was the opportunity to hear four presidential candidates speak. While there were some candidates I agreed with and some that I didn’t, I think most people can agree that each one seems to really respect the relationship between Israel and the United States. I was especially encouraged to hear every presidential candidate talk about combating BDS; it gave me hope for the future of pro-Israel life on college campuses.

As a new member of the Lehigh Valley community, it was such a privilege to meet and be welcomed in by community members. Lobbying Charlie Dent, somebody willing to reach across the aisle, made me feel lucky to be part of this community, where people truly care about a strong relationship between the U.S. and Israel.

I want to thank the Wax family for helping to allow seven student leaders to attend the conference and we look forward to sharing our experiences and continuing to enrich our campus life.