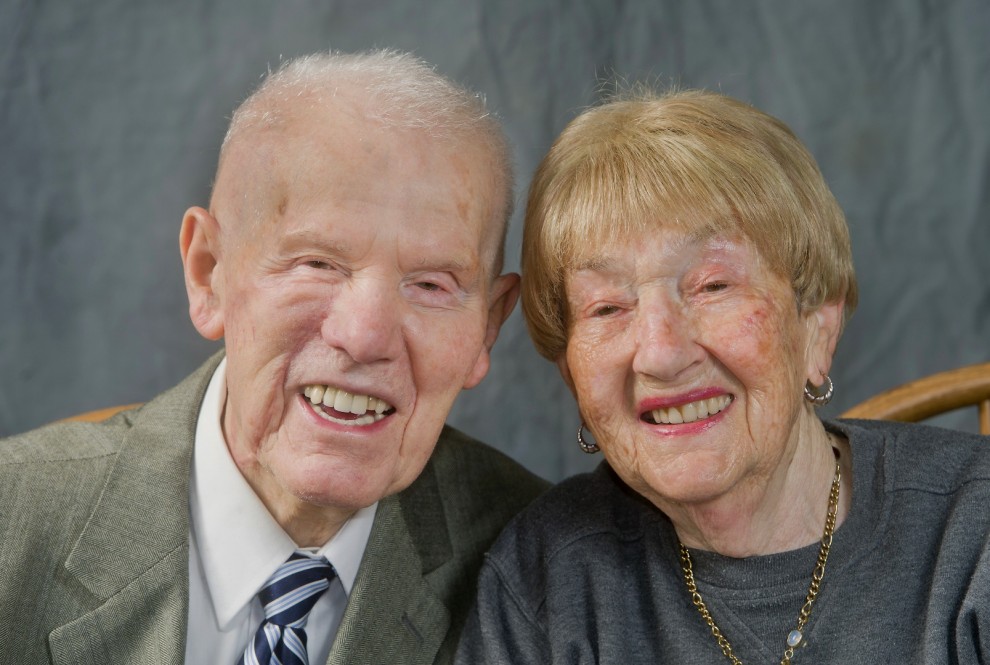 In the year marking the 70th anniversary of the liberation of Auschwitz-Birkenau, leaders from Congregation Sons of Israel will transform their annual Purim Gala and honor Lehigh Valley Holocaust Survivors during “From Darkness to Light” at the Jewish Community Center of Allentown on Sunday, March 15, at 6 p.m.

"It took tremendous strength for my family to return to normal life after the Holocaust,” said Eva Levitt, who as a very young child survived in hiding with her mother. “We must all, Jews and non-Jews, show great strength and perseverance to prevent another Holocaust from occurring.”

“This was the time to do this. I am very passionate about the need to show proper respect to our survivors,” said Harry Fisher, who is co-chairing this year’s event with Robert Simon and synagogue president Dr. Scott Brenner. After helping launch a Holocaust remembrance project in 2014 for The Morning Call, Fisher promoted the theme to the event’s committee, which included Brenner, Simon, Rabbi David Wilensky, survivor Regina Brenner, Sandra Preis, Judy Livny and Jordan Goldman.

Allentown residents Julius and Roseanna Jacobs will be the guests of honor. Julius, who has dedicated a large part of his life to Holocaust education and prejudice reduction and previously served as the Jewish Federation of the Lehigh Valley’s Holocaust Resource Center coordinator, was featured in The Morning Call’s report.

Growing up in Lodz, Poland, Jacobs first learned of the Nazi invasion of Poland 10 days before his 14th birthday, after school one day at a newsstand in his native city, The Morning Call reported in a story by Dan Sheehan and Samantha Marcus published on April 27, 2014. To begin with, the invaders burned synagogues and required Jews to wear yellow stars. With his parents Mailech and Ruth, and siblings Fred and Regina, Julius was then marched into the Lodz Ghetto where the only food was, as he told Sheehan and Marcus, "moldy bread, a couple of potatoes, whether they were good or not.”

Being appointed a mechanic’s helper eventually saved Julius’s life; still, like everyone else, he became emaciated. With the infamous terrors of the 1944 liquidation of the ghetto, the Jacobs family spent two weeks hiding in the attic of an abandoned cottage in a cemetery. Yet they were eventually found. The night of the train ride to Auschwitz was the last he spent with his parents, who were gassed upon arrival. Julius, too, had been selected but said that at the last moment “a jolt” sent him toward his brother who would labor to survive, according to The Morning Call report. The final words as their mother was led away had been for Fred to take care of Julius.

Later, when Julius could go on no longer, he was again put in the line for death but, as Sheehan and Marcus quote him saying, “As I'm walking, I hear a loud scream from my brother. He said, 'Come back! They need mechanics!'”

The two ended up in the camp, Wobbelin, which was liberated on May 2, 1945. They were later reunited in the U.S. with their sister, and Julius married Roseanna, who had survived an Eastern European work camp.

In addition to the Jacobs, other survivors to be honored will include:

A portion of the event’s proceeds will be donated to the Jewish Federation’s Holocaust Resource Center. For more information or to make a reservation, please contact the synagogue office at 610-433-6089.