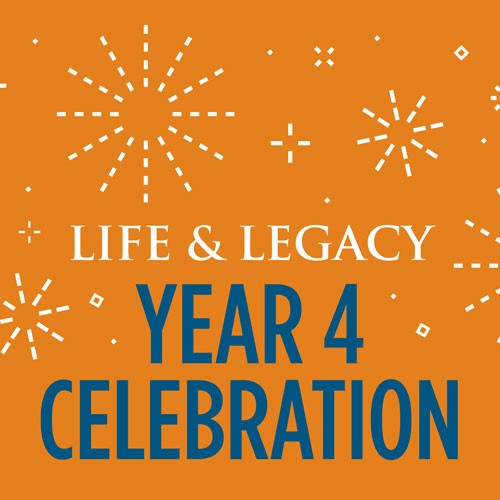 The 10 organizations participating in the LIFE & LEGACY program have now concluded their fourth and final year. LIFE & LEGACY, which is a program of the Harold Grinspoon Foundation, has the goal of generating legacy gifts in the Lehigh Valley Jewish community. Although the pandemic continued to serve as a challenge throughout the fourth year of the program, the organizations involved have completed their time successfully.

Through the first two years, the teams’ primary focus was on legacy conversations with the goal of generating commitments. In the second half of the process, formalizations of commitments that had already been received became an important goal along with continuing to gain more commitments. Donors could formalize in several ways, including making a provision in his or her will, retirement account, life insurance policy or cash donation.

LIFE & LEGACY provides two levels of benefit to the community. Primary is the impressive number of legacy gifts that have been generated. As of June 1, over 300 donors had made 560 commitments with an estimated value of $10.4 million! A second benefit is achieved through incentives provided by the Harold Grinspoon Foundation. Participating organizations have earned anywhere between $4,500 to $7,500 of unrestricted funds by reaching annual goals, with a total of over $100,000 received by Lehigh Valley groups.

The community will celebrate a successful fourth year of the LIFE & LEGACY program on Tuesday, Oct. 12 to thank the generous donors and participating organizations. For more information regarding LIFE & LEGACY or the Community Celebration, contact Jeri Zimmerman, executive director of the Jewish Federation of the Lehigh Valley, at jeri@jflv.org.