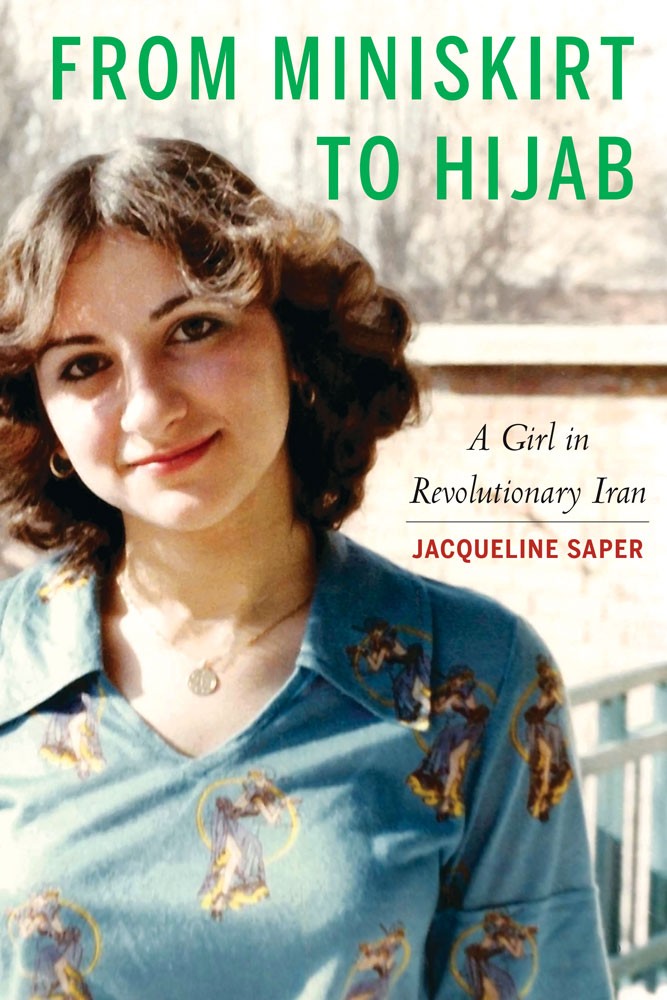 Writer, public speaker, analyst and translator Jacqueline Saper will virtually make the journey from her home in Illinois to the Lehigh Valley during the Lion and Pomegranate Spring Event via  Zoom on Thursday, April 7, at 7 p.m. Saper’s prior journeys are ones that make for a truly incredible story.

Saper, who was named after Jacqueline Kennedy, was born in Tehran to Iranian and British parents. At eighteen she witnessed the civil unrest of the 1979 Iranian revolution and continued to live in the Islamic Republic during its most volatile times, including the Iran-Iraq War. In her memoir, “From Miniskirt to Hijab: A Girl in Revolutionary Iran,” Saper recounts her experience as one of very few Persian Jews of her generation to have lived before, during and after the revolution in Iran. She was the only bicultural Jewish girl in Tehran, and probably the whole of Iran at the time. On Saper’s personal website, she shares, "I began public speaking when I realized that there is an immense interest in my story and unique background.”

That immense interest is felt locally, with event chair Laurie Wax awed by the story.

“I started the book as soon as it arrived, and I could not put it down. I never truly knew the history of Iran before and after the revolution until reading the book. The memoir was not only a lesson in history, it was an honest view of what it was like being a young Jewish woman growing up and raising a child in Iran, both before and after 1979. It’s amazing how quickly her life changed and how she coped with her new way of existing in a country where Jews were no longer accepted,” Wax noted.

The memoir will be gifted to program attendees, who will get to dive deeper into Saper’s world through her personal stories. When she joins the Lions and Pomegranates on April 7, she will speak about her experiences in Iran that changed her life, the Jews of Iran today, and the relationship between Israel-Iran. Saper’s story, captured in her memoir and to be shared with the Jewish Federation, is a story of fate, faith and holding multiple cultural identities in one of the most fascinating and politically turbulent parts of the world.

The event is open to and celebrates our community Pomegranates, women contributing $1,800 or more to the annual campaign, and our Lions of Judah, women contributing $5,000 or more to the annual campaign. Wax shared something she holds dear in being part of this giving community, saying, “Being a member of a group of women with one common mission – the ability to actually improve the world around us through our tzedakah and chesed – is truly an honor.” Wax also remarked on Women’s Philanthropy’s “dedication to the continuity, connectivity and thriving future of our local community, Israel and the Jewish people.”

Contact Amy Zylberman at amy@jflv.org to learn more about Women's Philanthropy and to register for the event.