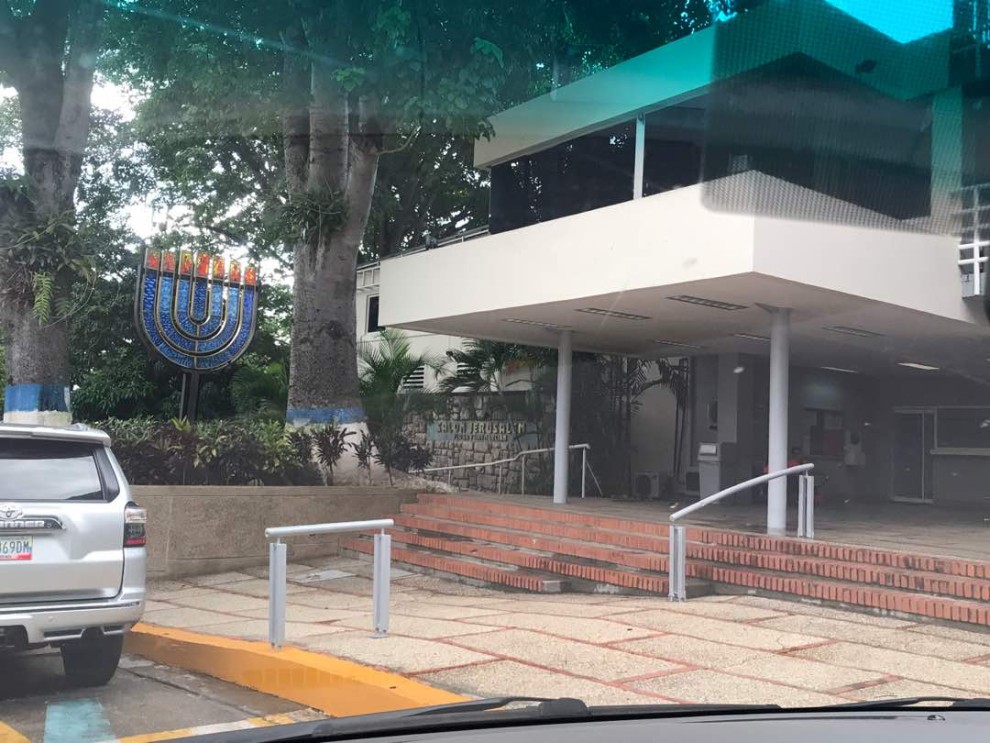 Israel and Valeska Zighelboim grew up in a thriving Jewish community in Caracas, Venezuela. They spent their days at the Hebraica community center, with its full suite of amenities. They attended Jewish day school, with close to 2,000 students in the system.

The community’s 25,000 Jews – half Sephardic, half Ashkenazi, including many immigrants from Arabic countries and Eastern Europe – experienced little anti-Semitism. Jews were well-integrated into the larger society, with active roles in government, the arts, the sciences and more.

“Everything was good until the late 1990s when Hugo Chavez was elected president,” said Israel, a physician who moved with his wife and two sons to the Lehigh Valley five years ago. “He had a lot of influence from communist countries, especially Cuba. He aligned himself with, if you will, the ‘bad guys.’”

Along with all the political change, anti-Semitic events started to occur in the early 2000s, Israel said. Synagogues were vandalized and law enforcement agencies went into the Jewish day school looking for weapons.

In the mid-2000s, Chavez, in response to one of the Israel-Palestinian conflicts, expelled the Israeli ambassador, creating more tension. At the same time, the economy was getting worse and a lot of people started leaving the country, he said.

In 2013, Nicolás Maduro came to power, and “the country has been in a very tense situation since,” Israel said.

“That has shrunken the Jewish community from a very prosperous and wealthy one … to about 5-6,000 at best,” he said. “And the people who got left behind were those who had significant financial challenges.”

“The economy is a complete mess and the problem is the people that are staying don’t have the financial means to cover all their needs,” said Valeska, whose sister and her family still remain in the country.

At the Jewish high school, kids and teachers were passing out from hypoglycemia because they didn’t have enough to eat, Valeska said.

The Hebraica, which has become not just a recreational facility, but a safe-haven, is in need of upkeep.

Kidnappings are becoming more and more prevalent – so much so that a special committee of trained negotiators and a ransom fund have been established in the community, Valeska said.

Even for those who do have the resources, it’s become increasingly difficult to buy basic goods like food and medicine, she said. Much of this is now done on the black market and through hyper-inflated prices.

The last time her 2-year-old niece visited, Valeska said, she had to take her to the doctor here in order to get basic vaccines.

“I keep telling [my sister] for the last 10 years that she needs to go. I also understand that it’s really hard,” she said. “She has three little kids, so for them to just leave it’s not as easy.”

Valeska and Israel left Venezuela in 2001. Most of their family has since followed, including Valeska’s parents, who moved to Miami just a couple of years ago. Israel’s aunt still lives in the Jewish nursing home there.

“When we left, we thought that we would go back. The plan was to go to the states, go to school and then go back to Venezuela,” Valeska said. “But that never happened because things started to go downhill very badly. So we stayed.”

Now, as much as they’d love for their children to experience the type of Jewish life they once did, it’s no longer a reality. They don’t think they’ll ever be able to return.

“It’s a very violent, unsafe place,” Valeska said. “It’s not only about the economy, it’s a very dangerous place to be.”

Valeska and Israel will share more about the problems facing the Jewish community of Venezuela at an intimate briefing on Monday, Nov. 6, at 7 p.m. at Temple Beth El. The event is sponsored by the Community Relations Council of the Jewish Federation of the Lehigh Valley.