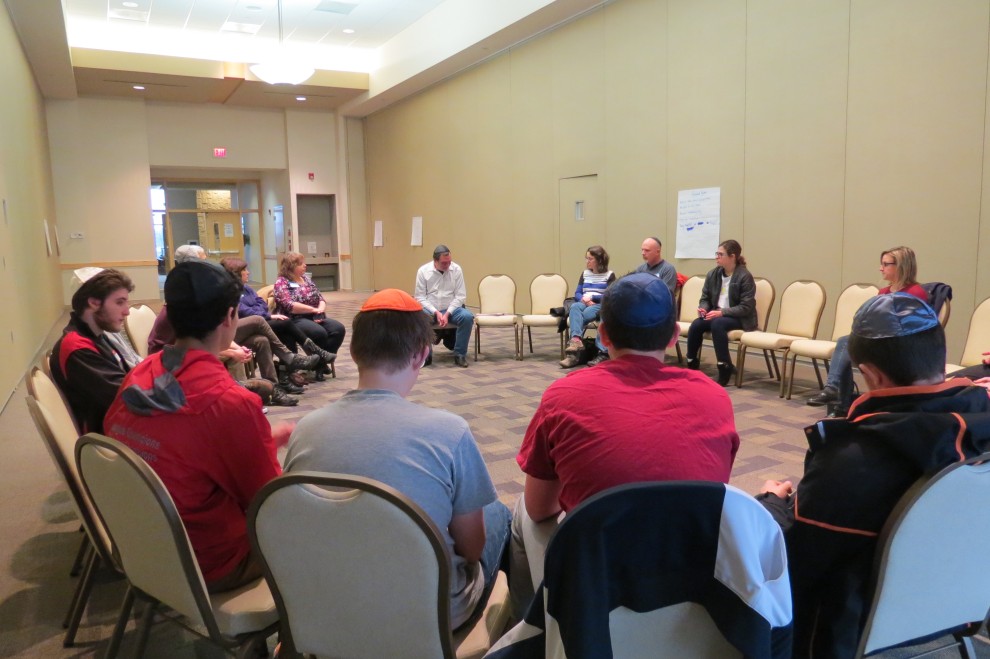 By Chelsea Karp
Special to HAKOL

Editor’s note: The Community Relations Council of the Jewish Federation of the Lehigh Valley brought the Anti-Defamation League to the Lehigh Valley for a workshop with middle and high school students and their parents on Feb. 12 on confronting anti-Semitism. The following article is a reflection from participant Chelsea Karp.

My name is Chelsea and I’m a mother of two high school students at Parkland. I was a freshman in college the first time I experienced anti-Semitism. I was shocked that a new friend would use an overtly anti-Semitic word in casual conversation. I’ve shared this story with my children several times. I tell it to remind them that they must speak up – as I did – when they find someone’s words offensive.For some reason, however, my story falls on deaf ears.  Maybe it’s dated, both the words and the circumstances. Perhaps they can’t picture their mom as a teenager standing up to someone.

As a mother, I hope my children never have to experience awkward embarrassment, discomfort or even fear from anti-Semitic speech. I also know that wishing for things to be a certain way will not make it so. Nancy Baron-Baer, regional director for the Anti-Defamation League, said that anti-Semitism does not define us, but it is a part of our lives that we have to deal with. For that reason and many others, the seminar, “Confronting Anti-Semitism: A Workshop for Middle and High School Students and Parents” was of particular interest to me.

Our facilitator from the ADL, Jerry, expertly handled the challenge of engaging teens and their families around an uncomfortable topic. He posed hypotheticals and asked us to group ourselves based on how we thought we might respond. Jerry spoke candidly, and gave people the freedom to speak openly about their feelings and decisions. Most every single young adult was engaged in the exercises and spoke. They shared their feelings and told personal stories of anti-Semitic incidents that had affected them. It was a powerful scene.

Education seems to be the key, for Jews and non-Jews alike. At the end of the meeting we rehearsed several strategies to use in a conversation that feels anti-Semitic, regardless of the intent of the speaker. I’m relieved to know that David has a firmer grasp on these tools should he need them. I remain hopeful that he never will.