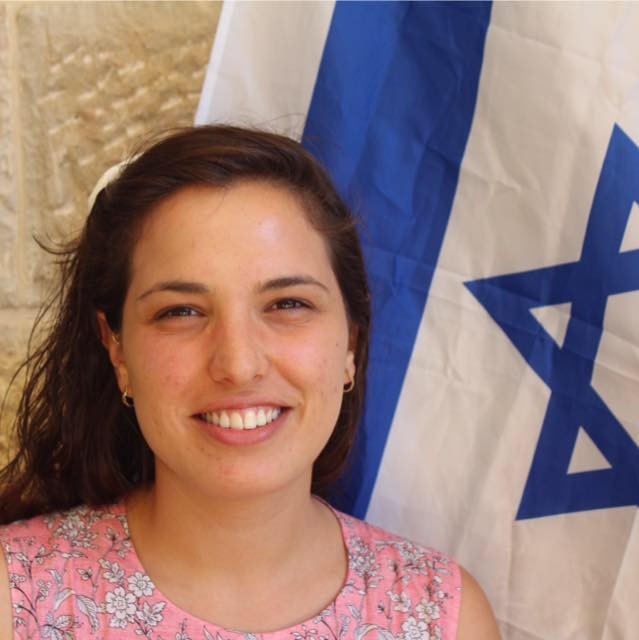 The program is a partnership between the Jewish Agency for Israel and Hillel International. Muhlenberg’s program is being funded by an alumni donor who has committed to bringing a fellow for the next three years. The Israel Fellow program focuses on three areas: Israel education, Israel engagement and Israel experiences. To that end, Adi will work with Muhlenberg Hillel to create programs and foster relationships across campus. In addition, she will travel to Israel as a staff member on Muhlenberg College Hillel’s two Birthright trips.

“With such a strong Jewish community at Muhlenberg College, we feel blessed to be able to bring the Israel Fellows program to our campus,” said Hillel Director and Jewish Chaplain Rabbi Melissa B. Simon. “Or will use her knowledge and skills to bring focus to our Israel programs and build more student relationships across campus.”

Originally from Tel Aviv, Adi comes well prepared to engage Muhlenberg students. In the Israeli Army, she served in an education unit that exposed Jewish youth from around the world to what life is like in the IDF. In addition to Hebrew and English, she speaks Spanish and Arabic. She is earning a bachelor’s degree in International Relations and Middle Eastern studies and Islam at Hebrew University in Jerusalem. When she isn’t studying, she enjoys salsa dancing and running.

This is the first time Adi has traveled to the United States, and so far, the transition has been smooth. Her biggest adjustment has been the food. “I’m vegan,” she explained. At a training conference in St. Louis, she asked the hotel chef if he could give her a plate of vegetables for breakfast, a common practice in Israel. Although he was initially confused, they eventually established a system. “We became friends, and each morning he gave me a box of vegetables for breakfast,” she said. Adi looks forward to building similar relationships on the Muhlenberg campus this year.

Adi is excited for the school year to start and to get to work. “I’m most excited about meeting students, Jews and non-Jews, and telling them my story and about Israel.”