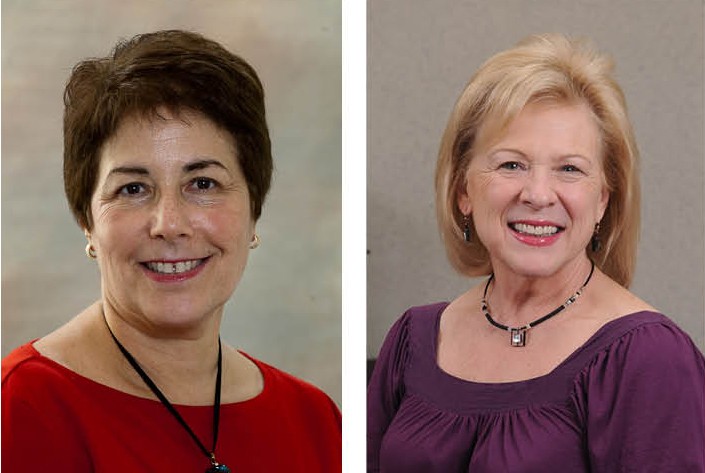 Join Gail Eisenberg and Sue Clemens for a return engagement at the Women’s Division Lunch & Learn podium as they present “Women of Valor” at the JCC on Thursday, Sept. 22, at 12 p.m.

They will be presenting their continued research on the Jewish families who led the textile industry in the Lehigh Valley and surrounding areas during much of the 20th century. This time, however, they will be focusing primarily on the women in those families in their various roles as wives and mothers, community leaders, career women and entrepreneurs. You will recognize many of their names:  Roz Mishkin, Shirley Berman, Tama Fogelman, Bea Kuller, Beverly Bloch, Claire Salitsky, Ronnie Sheftel, Marilyn Braunstein, Ellen Schneider, Marlene Finkelstein, Bunny Filler, Maxine Klein, Judy Miller, Delores Delin, Goldie Hartzell and Esther Halperin.

Eisenberg and Clemens are colleagues at Muhlenberg College, Eisenberg in the Accounting, Business and Economics Department and Clemens in History and American Studies. Together, they embarked on a journey starting in 2011 and continuing over six summers to record oral histories from about 30 different families.

They’ve spoken to almost 50 people who were involved with the textile factories which, combined, were once second only to steel in employing workers, especially women, in this region. These companies were mostly small start-ups by immigrants and the children of immigrants which became successful enterprises and powerful employers who supported economic growth in the Lehigh Valley and specifically in the Jewish community here. Many Jewish institutions were built and expanded in the area at the peak of these businesses.

The market has shifted, and now the memories of this era of local Jewish history are being salvaged by Eisenberg and Clemens. It is their goal to collect, preserve and disseminate the stories of an important time gone by. “From the beginning, we knew we were racing a clock,” Eisenberg said, in reference to the people she’s spoken to who have already passed on. “We’ve been told there were many more people we should’ve interviewed who we never got to approach.”

For the ladies she has met, however, Eisenberg has nothing but praise. “They’re all very impressive, progressive and articulate, with a lot of wonderful things to say. It’s fascinating to hear women in their own voices.”

Come and listen for yourself as each of the 16 women listed above is featured for her own contribution to the Jewish community.