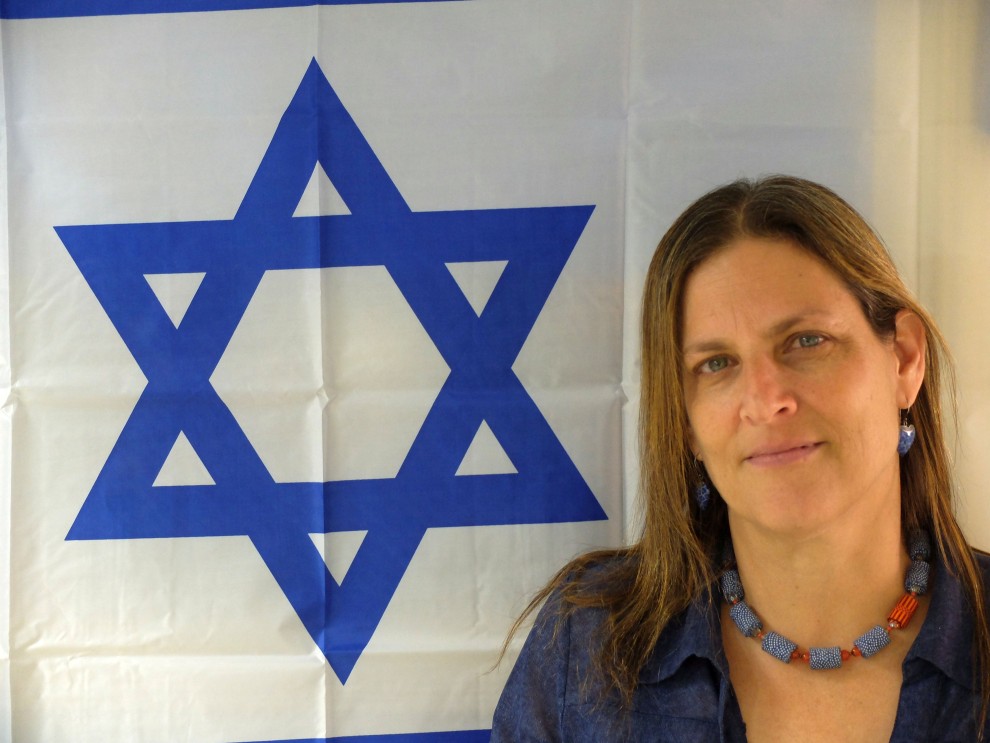 Amit Zehavi, member of Kibbutz Tzora in Mateh Yehudah, Israel, will be assuming the duties of the Partnership2Gether associate director position. She will lead a brigade of volunteers in Israel to help organize Partnership programs, increase awareness of the Yoav community in the Lehigh Valley and foster connections between residents of the two regions, which she sees as the most important part of her role.

“I want to nourish the people-to-people connections. The impact is made when we send people over to the Lehigh Valley community because they bring not only themselves but they bring themselves as Israelis and residents of Yoav, and ultimately bring those two worlds closer together,” said Zehavi, who has 10 years of experience working with other Partnership2Gether paired regions including Beith Shemesh Mateh Yehuda-South Africa and Milwaukee-Sovev Kinneret.

Zehavi is hitting the ground running, working with volunteers during committee meetings to figure out action items for the upcoming months. At the moment, she is focusing on the school twinning program between the Jewish Day School and the elementary school in Yoav, as well as helping the Lehigh Valley community best utilize Rotem Bar, the future shlicha. “I worked as a shlicha for three years in Milwaukee, so I know how we can utilize Rotem in the ways I was useful to that partnership. It's very helpful to have boots on the ground,” she said.

She also hopes to bring new programs to the Lehigh Valley that worked in ther regions, like an art exchange program where artists in each region create pieces for a joint exhibit shown in both America and Israel. “If not that, we can identify which strengths exist on both sides and connect them through some kind of program,” Zehavi said. “In Milwaukee, we brought beer makers from Israel because Milwaukee is the beer capital of the U.S., so it's a great way to bring people together who do something similar. We also brought cheese makers because Wisconsin is the dairy capital. I want to see what people in the Lehigh Valley are passionate about and what's a natural strength in the region that we can work with.”

Zehavi and the committee members are eager to get started. “Everyone in Yoav that I've encountered is very excited about the Partnership and as long as you guys can visit, there are a lot of people who would be happy to open their homes to host people and show them around,” she said. “Even if people are just here with their family, they should know that people in Yoav would love to meet them, host them and show them a good time. That's the heart of the partnership, the people-to-people aspect.”

It is this aspect that Zehavi is most excited and confident about: “I know that these connections will happen and deepen. From everyone I've met through the steering committee, they say everyone from the Lehigh Valley is like family. I want to help maintain that and make that happen for more people.” As for her message for the Lehigh Valley, “I'd like to expand the circles of engagement in any way - when you tell us how you'd like to engage with Israel, I can help make that happen.”