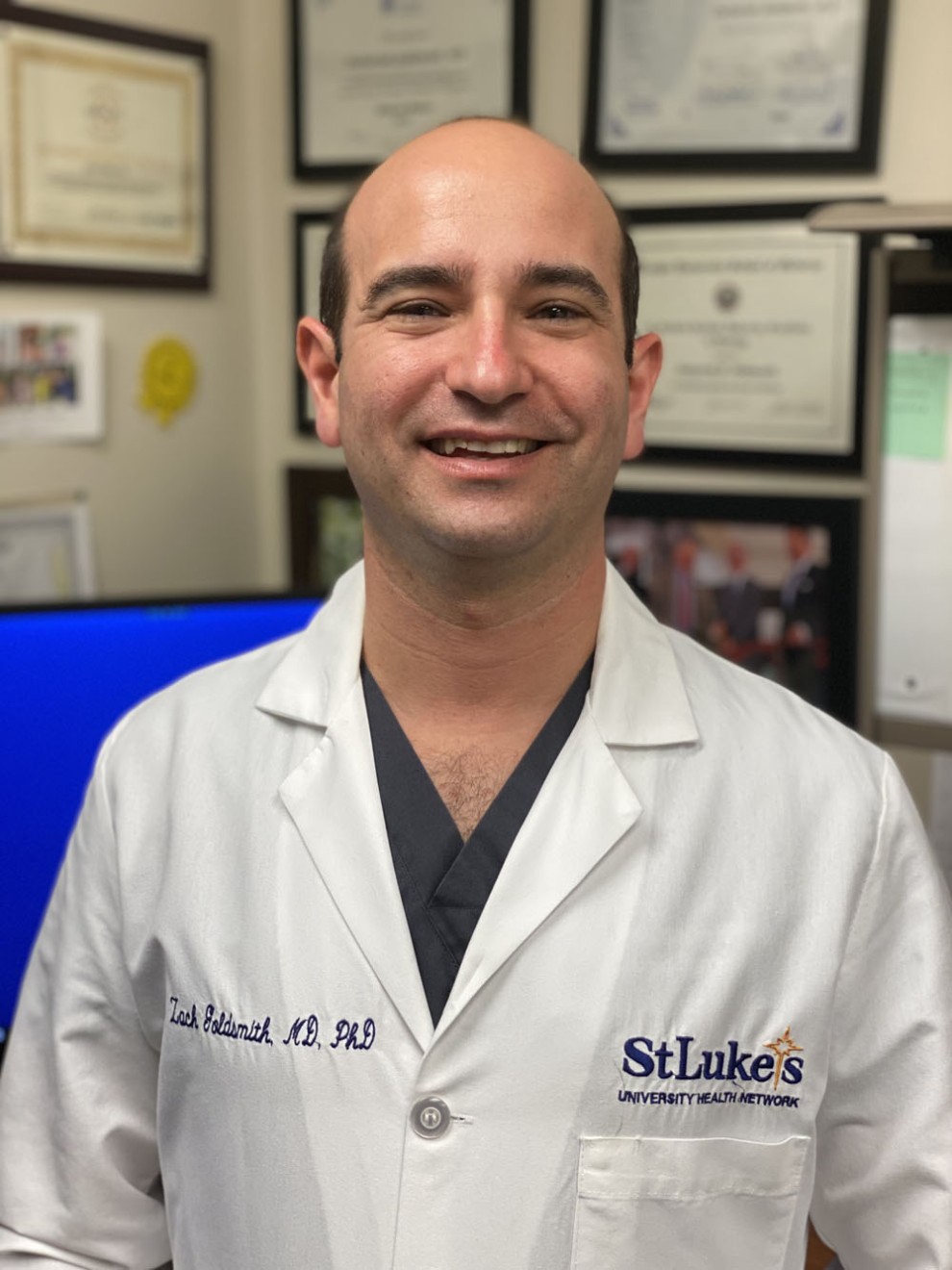 The Maimonides Society of the Jewish Federation of Lehigh Valley is set to grow. “My main goal is to broaden the appeal of Maimonides for younger healthcare providers,” said Dr. Zachariah Goldsmith, new president of the society of Jewish healthcare professionals.

It’s not just a matter of diligent recruiting. “The key is to make membership more appealing,” he said, “to make it so the product is more appealing.” He wants to create programs that give women, physician assistants and nurse practitioners better reasons to join.

Maimonides will also reach out to Jewish physicians in training at St. Luke’s and the Lehigh Valley Health Network. “We hope to establish a program in which residents are paired with established physicians to share experiences and mentorship,” he said. Dr. Bill Markson, immediate past president of Maimonides, is spearheading this initiative.

Goldsmith and his wife, Andrea, a pediatrician with LVHN, moved to the Lehigh Valley in 2015 for him to work at the St. Luke’s Center for Urology. Both of them are Pennsylvania natives, he from the Main Line outside Philadelphia and she from the Pittsburgh area. Both went to medical school in Philadelphia.

“While looking for jobs towards the end of my residency at Duke,” Goldsmith said, “we literally made a list of all of the cities in Pennsylvania, New Jersey and Maryland that had JCCs to target our job search. The strength of the JCC indicated the strength of the Jewish community.” Now well settled in the valley, he has been on the board of the JCC for four years.

He said it’s an honor to be president of Maimonides. “Taking this position means so much to me, as I realize how important the strength of our community can be in attracting talented young professionals and their families to the Lehigh Valley,” Goldsmith said.

He said he’ll keep doing the things Markson did in the job before him. “My goal is to continue the amazing tradition of Maimonides,” he said.

Goldsmith will continue the society’s Brunch and Learn program that brings members together for food, fellowship and education. And soon he’ll be making an extra effort to make the programming more useful for younger members.

His first Brunch and Learn as president will also be the first in-person Brunch and Learn since the COVID-19 pandemic began. It’s Sunday, October 23, from 9:30 to 11 a.m. He’ll be the presenter, on the topic of robotics in surgery.