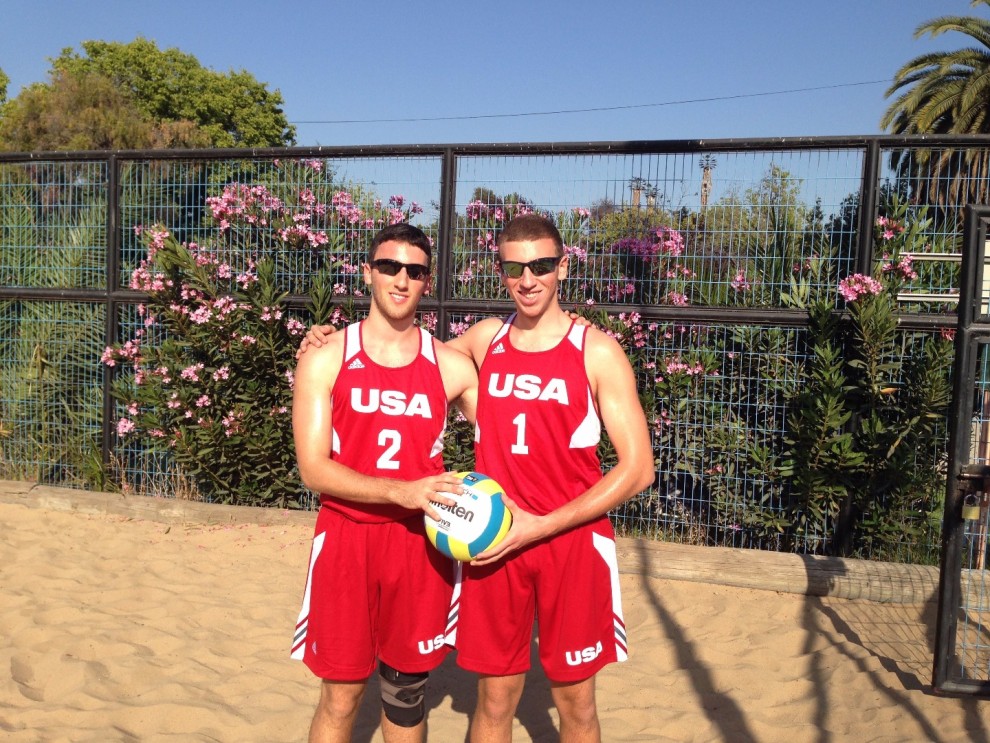 By Jason and Andrew Fine
Special to HAKOL

The 13th Pan American Maccabi Games were held from Dec. 26 to Jan. 5 in Santiago, Chile. Over 3,000 athletes from all around the world, including 400 from the U.S., headed to Santiago to participate in 17 different sports. We were among those athletes traveling to Chile. Both of us play volleyball and were very proud to represent the USA Men’s Beach Volleyball Team. We were also members of the USA Men’s Indoor Volleyball Team, which took the silver medal at the games.

We got our start with Maccabi playing in the Jr. Maccabi Games for the Allentown JCC while in middle school. We played on both soccer and basketball teams. It was a lot of fun back then, and when we had an opportunity to participate in Maccabi again, we jumped at the chance.

We met the chairman of Maccabi Volleyball, Sam Moyerman, at the Junior National Championship in Columbus, Ohio, and he recommended that we try out for the Maccabi team. We went to the tryouts and were both offered a position on the team. It was very exciting. Our team had members from Pennsylvania, Virginia, New York, New Jersey and California.

We spent our 10 days at the games competing and meeting other Jewish athletes from around the world. There were so many memorable moments, but one of the highlights was the opening ceremonies. Walking into a filled stadium with the rest of the USA delegation representing the United States, standing among athletes from all over the world singing Hatikvah was so moving. There we joined the rest of the athletes and celebrated the spirit of Maccabi, joining together Jewish community, sports and friendship.

Other memorable moments were the community service projects that we participated in while in Chile. Athletes helped with a food drive, made hospital visits and helped give free eye exams that fitted Chilean children with glasses.

The entire Maccabi experience is one that we will always remember. We made so many friends from other countries, bonded with our teammates and left with a great feeling of Jewish community and pride.