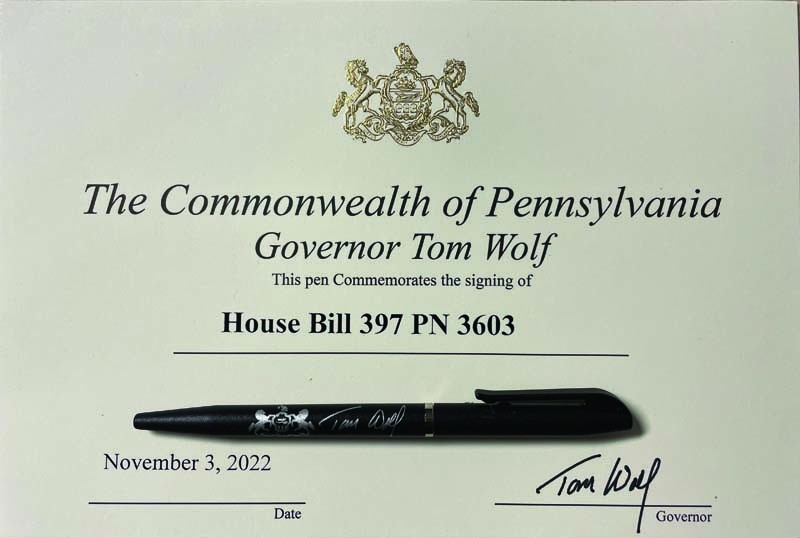 By Aaron Gorodzinsky
Director of Campaign and Security Planning

Bruce Reich, the head of the Community Relations Council, and I traveled to Harrisburg to join the Pennsylvania Jewish Coalition (PJC) fall board of directors meeting.

The PJC is an organization funded by all the Jewish Federations in Pennsylvania to share our priorities with our elected officials in Harrisburg and to lobby on important issues on our behalf.

Some of the important issues discussed during the meeting were the creation of the Pennsylvania Human Relations Commission database to track and share hate crime statistics and strategies for deterrence. The database is of great importance for our community because we have found that hate crimes have been undercounted in Pennsylvania, which skews legislative priorities on forming public policy. The initiative has the support from the governor’s office, and participation from the Anti-Defamation League, which keeps one of the most up-to-date databases in the United States.

At the meeting, we also renewed our commitment to the funding of the earned income tax credit (EITC) and to working on finding additional revenue for childcare-age kids that would be delivered to our JCCs and Jewish Day Schools. The cost of early childhood education continues to increase every year, and the money from the EITC program alleviates the burden on parents, who depend on early learning centers to be able to work.

At the end of the meeting, after months of negotiations, our community received one of the pens used by Governor Tom Wolf to sign the extension of the Nonprofit Security Grant Fund Program for an additional five years. In the four years since its inception, the program has granted $20 million to help secure religious and nonprofit communal facilities throughout the commonwealth, including many in the Lehigh Valley. Unfortunately, only 25 percent of applicants have been awarded grants to date, many of them to our Jewish facilities and institutions.

We will continue to work with the PJC to share the priorities of our community and to legislate to keep our Jewish communities safe.