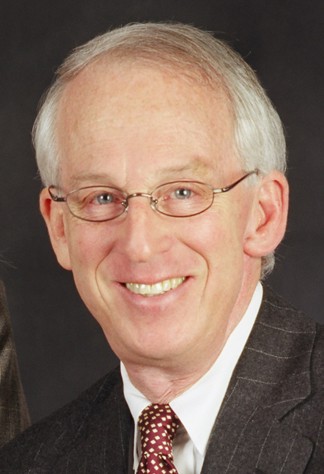 If there’s one thing Mark H. Scoblionko has learned in his role as president of the Jewish Federation of the Lehigh Valley, it’s that effecting change takes time.

“When people come together, particularly Jewish people, there are lots of different opinions,” Scoblionko said. “What we try to do is to absorb all the opinions and to successfully mold them.”

That’s not to say that he’ll leave everything for his successors to handle when he finishes his third year in June.

Scoblionko began his presidency at a difficult time for the Jewish world. It was the summer of 2014 and rockets were raining down on Israel during Operation Protective Edge. As president, Scoblionko helped to bring the Lehigh Valley Jewish community together to stand in solidarity and raise nearly a quarter of a million dollars to help our brothers and sisters overseas.

As the conflict wound down, needs at home became apparent as our college students heading off for the semester were about to face increased anti-Israel sentiment on many of their campuses. Then, January brought news of the shootings in France, including at a kosher supermarket. All the while, the crisis in Ukraine that began the year before wore on and still continues. This year, the focus shifted to anti-Semitism right here at home.

As president, Scoblionko took his role seriously to inspire the board of directors to support the Federation’s Annual Campaign, and to solicit support from the greater community, to address these and other needs abroad and in the Lehigh Valley.

“I’ve gained a much better understanding – even though I was on the board for many, many years – of all the things that our professionals have to deal with,” Scoblionko said. “And I think that it has enhanced my Jewish identity and given me a greater appreciation for our Jewish community.”

He jokingly describes his proudest accomplishment.

“I set a goal to have every board meeting end by 9 p.m. and I was pretty successful,” he said.

What he is really proud to see is that the Lehigh Valley’s major Jewish institutions – the Jewish Community Center, the Jewish Day School and Jewish Family Service – are all functioning “even better than they were three years ago. I applaud the leaders, professional and lay, of those organizations,” he said.

As president, Scoblionko has also been intimately involved in planning for the Lehigh Valley Jewish community’s future and the possibility of a Jewish campus. There are many questions still unanswered where this is concerned, but Scoblionko said he plans to keep working even after he officially passes the torch.

More recently, Scoblionko has also been involved in bringing the LIFE & LEGACY program to the Lehigh Valley to help plan for the community’s financial future. He plans to stay involved in this effort as well.

But he also expects to have more time to focus on professional work – as the senior lawyer in Scoblionko, Scoblionko, Muir & Melman – and family. A proud University of Michigan alum and Michigan football fan, Scoblionko happily relayed the news that his oldest grandson was just accepted to, and will attend the school.

Asked if he has any advice for his successor and good friend, Eva Levitt, Scoblionko had this to say:
“When she opens the board meetings and adjourns the board meetings, she should hit the gavel loud enough to be heard, but not so loud as to intimidate people.”