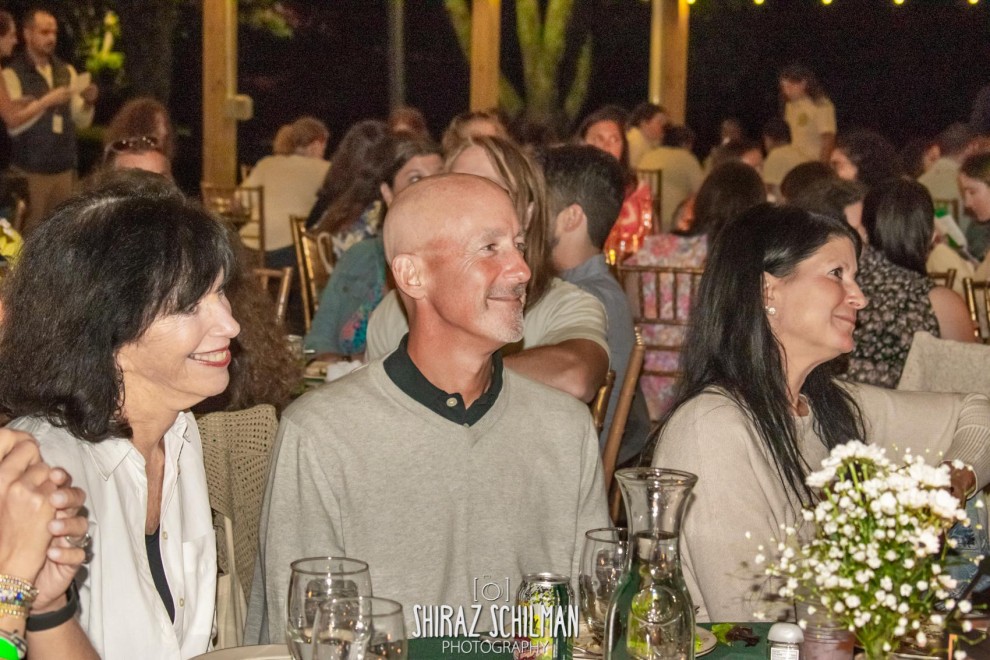 More than 300 alumni of Pinemere Camp turned out at the lakeside grounds in Stroudsburg over the weekend of September 9-11 to celebrate the camp’s 80th anniversary. They represented every era of the camp’s history back to the sixties and participated in a Shabbat celebration like no other.

A big part of the weekend’s special events was honoring Pinemere’s last two board presidents, Marty Black and Robby Wax. Under their leadership, the Jewish overnight summer camp for kids grades 2 through 9 saw unprecedented growth, major renovations to facilities and a return to financial stability.

In recognition of their generosity and commitment, the weekend culminated with the honorary naming of two of the camp’s sports facilities: the Wax Family Basketball Courts and Black Family Tennis Courts.

Robby Wax’s days at Pinemere began in 1982 as a camper in Bunk 4. Wax, president of the Jewish Federation of the Lehigh Valley and senior vice president and general counsel for St. Luke’s University Health Network, spent six years as a camper in the Line and the Village before becoming a counselor in training (CIT) in 1988. He fondly remembers movie night in the CIT rec hall and the CIT trip to Hersheypark. He was a counselor from 1990 until 1992, teaching basketball and coaching the 14-and-under team.

He reconnected with Pinemere in 2001, doing some pro bono legal work. He joined the board of directors in 2004 and served on the finance committee and as treasurer and vice president before becoming president in July 2014, a position he held until this past June.

During his tenure as president, Wax led several fundraising campaigns, including for swimming pool renovations and the mess hall. When the camp was struggling financially, he assumed much of the responsibility for overseeing the accounting and budgeting processes.

Marty Black, was born into a Pinemere family. His parents, Donna and Alan (z”l), met at Pinemere in the 1950s. Prior to starting out as a camper in 1972, Marty and his parents and sister Sara participated in family camping, a tradition that continued after he became a camper.

In 2004 Marty joined the board of directors, where he was an active member of the facilities committee and led the finance committee as treasurer. He also served as a vice president before becoming president in 2010. As president, he led the camp though challenging financial times during the Great Recession. When his term ended, he stayed on the board for eight more years.

For more information on the camp that promotes itself with the slogan “Best summer, every summer,” visit its website at www.pinemere.com.