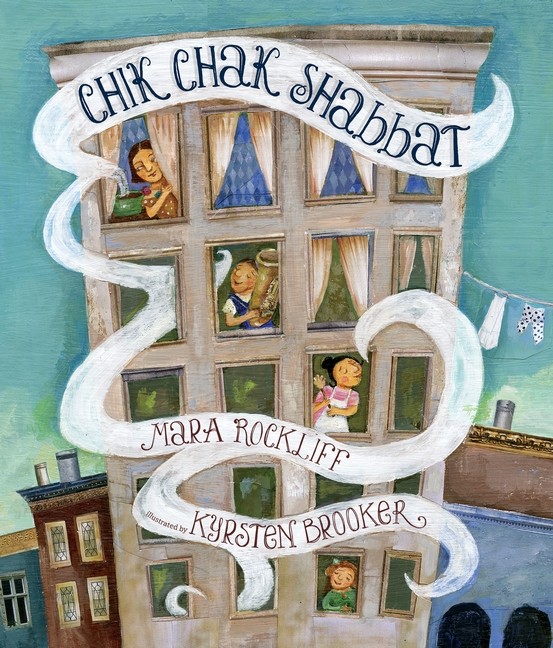 Mara Rockliff was skeptical when her agent first asked her to write a children’s picture book with a Jewish theme. Now she is set to read that book, “Chik Chak Shabbat,” at the Bethlehem Area Public Library’s “Potluck and Pages” event on Tuesday, Nov. 11, at 6:30 p.m. -- and Rockliff is bringing the cholent.

Rockliff, who lives in Berks County, originally felt she had drifted from her Jewish upbringing, which included healthy doses of the original Jewish children’s book, “All-of-a-Kind Family” by Sydney Taylor. But then she learned more about PJ Library and found she identified with its families. Before she knew it, she had written “Chik Chak Shabbat” (rhymes with tick tock).

PJ Library recently chose Rockliff’s book as a PJ Library book of the month, destined to reach 300 Lehigh Valley children enrolled in the program and many thousands more beyond the Valley.

In “Chik Chak Shabbat,” a Jewish resident of an apartment building makes cholent for Shabbat each week and invites her neighbors, who hail from all over the world, until one week she isn’t able to make a Shabbat dinner and the neighbors take matters into their own hands.

“Chik chak” is Hebrew, Rockliff said. “When I visited Israel in the 1980s, it was a popular expression meaning ‘quick’ or ‘in a jiffy.’ There was even a fast food place called Chik Chak Chicken.”

When asked about herself, Rockliff prefers to give the fun answer: “I’ve ridden an elephant, swallowed fried grasshoppers, lived on a commune, flown a hang glider (and crashed), picked coffee beans and fed them to a monkey [and] peered into a live volcano …” But she has also written “The Grudge Keeper” and the award-winning picture books “Me and Momma and Big John” and “My Heart Will Not Sit Down.”

Under the pen name Lewis B. Montgomery, she wrote all 12 books in the popular Milo & Jazz Mysteries chapter book series. Rockliff is also the author of “Get Real: What Kind of World Are You Buying?,” a tween-friendly guide to the social and environmental impact of our shopping choices, which has become required reading in many middle schools across the United States and around the world.

Rockliff clearly loves words, as seen in the entire story she made based on the term “grudge-keeper.” In the spirit of Goldie and her neighbors in “Chik Chak Shabbat,” she invites all to try her cholent at the Bethlehem library in November and offers these parting words: “Buon appetito, Maze karein, Que aproveche, and B’tayavon!”

LEARN MORE ABOUT THE EVENT