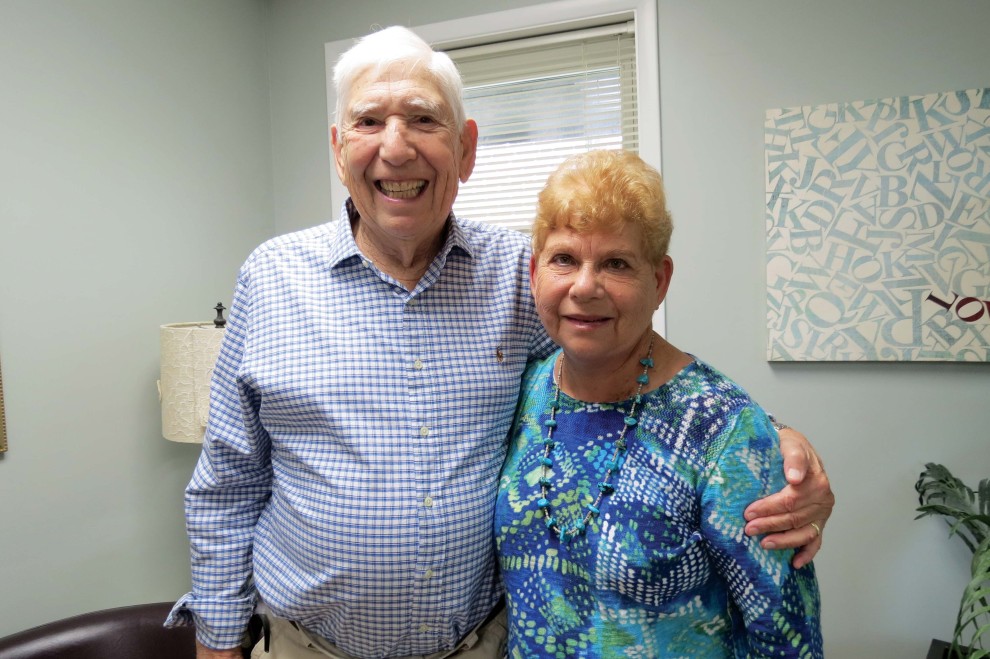 By Shira Yacker
Special to Hakol
Professor Christopher Borick will discuss the midterm elections at the Dr. Gordon Goldberg Memorial Lecture at Congregation Brith Shalom on November 3.
As director of the Muhlenberg College Institution of Public Opinion, Borick will talk about Pennsylvania’s status as a key swing state, what various polls might predict about the race and whether people should feel confident in the polls.
The election lecture program began back when Gordon Goldberg (z”l) became aware of Borick’s Muhlenberg College-Morning Call polling during the Barrack Obama and John McCain presidential race. He then teamed up with Borick for a live presentation of the election information to Lehigh Valley voters.
Goldberg (pictured with his wife, Rose Lee) was a native of the Lehigh Valley. He attended Lehigh University and continued with his schooling to get a master’s in history from the University of Pennsylvania and a doctorate from Lehigh.
He became a professor at Kutztown University, where he chaired the history department and the faculty senate. He was the first director of the school’s honors program.
Each election program Goldberg and Borick did together began with Goldberg discussing a “hot topic” for that particular election, said his widow, Rose Lee Goldberg. Then Borick would present what his polls had determined. The night would end with a question-and-answer session with the audience.
Borick and Goldberg also started polling their audience to see whether their views on issues matched Borick’s poll findings. They called it the Goldberg Poll, said Rose Lee. Even when the 2020 program was presented via Zoom due to COVID-19, they conducted the Goldberg Poll.
Rose Lee said that her husband was “both a democrat and a Democrat, that he truly believed in the democratic process that gave each citizen the right to have a say in how the government was run by exercising his or her right to vote.”
With Borick continuing the lecture program in memory of Goldberg, Rose Lee said, the hope is that future generations will be inspired to follow in their footsteps and to stand up for what they believe in and share their views.