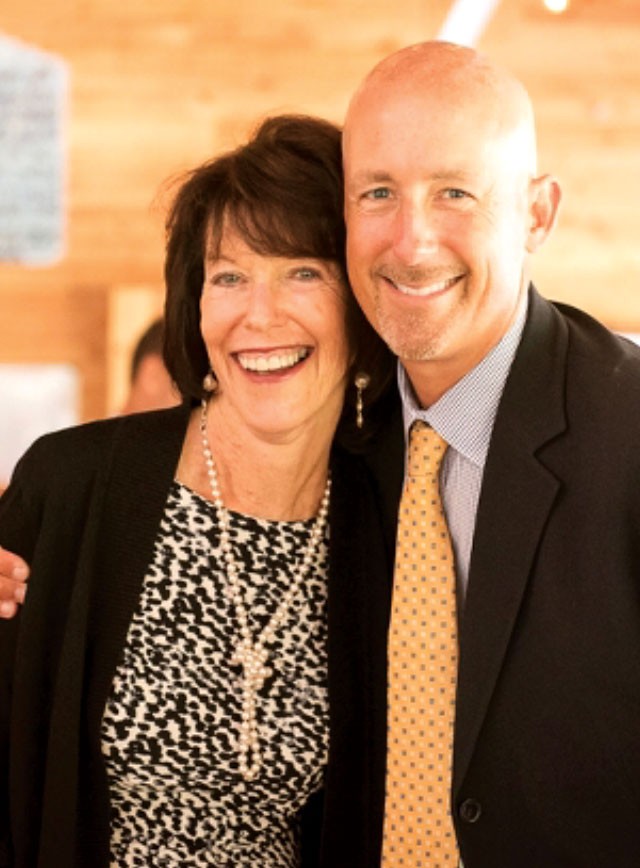 Editor’s Note: As this dynamic mother-and-son duo embark on a new year of leading the Federation’s Annual Campaign for Jewish Needs, we asked them a few questions about their new roles.

Q: When did you first get involved with Federation and why?

Robby: My parents were involved in Federation from the time I was a small child. They seemed to have meetings nearly every night. I learned about the importance of Federation from watching them and their friends. They were leaders in Federation when I was still at the JDS, and they continued their support when I was in middle school and high school. I attended countless Federation activities with them, including the 1987 March on Washington in solidarity for Soviet Jewry, a JFLV Family Mission to Israel in 1989 and the annual Major Gifts event when I returned from college. When Laurie and I moved to Allentown with our children, we wanted to get involved in our synagogue, the JDS, JFLV and other local organizations to do our part to help improve Jewish life locally and across the globe.

Vicki: I’m so proud of Robby and his continued involvement with our entire Jewish community. I’m grateful that he didn’t run away from home since we dragged him to almost every Jewish event in the Lehigh Valley when he was growing up.

Q: What does the Lehigh Valley Jewish community mean to you?

Robby: I’m proud to tell people that I’m from Allentown. It’s amazing how many connections our community has made across the world. Allentown was a wonderful place to grow up, and it’s been a wonderful place for Laurie and me to raise our boys. I want to ensure that it continues to be a great place for Jewish families to consider as their home.

Vicki: When Stan and I moved here in 1968, we had no knowledge of how an engaged Jewish community works. Coming from Brooklyn, we actually thought that the whole world was comfortably Jewish. Neither of us had ever experienced anti-Semitism, except that Stan knew that the major accounting firms didn’t hire Jews.
Our mentors in this community explained the importance of our involvement here. I think of Mort and Myra Levy many times. At my first Federation board meeting, Mort welcomed me and then informed me about generations before us building this incredible community. His charge to me was the responsibility to nurture it for the next generation.

Q: Why did you want to help lead the Federation’s Annual Campaign for Jewish Needs together? And why now?

Robby: Gary Fromer told me that I needed to do it! Okay, that’s only partially true. I believe in Gary as our next president, and I want to help make his tenure successful. I told Gary that I would support him in whatever capacity he suggested. When Gary asked me to consider this role, I told him that I would need a superstar co-chair who could help bridge my generation with other generations. He suggested my mom, and we both recognized that nobody can say no to her! So watch out, here we come!

Vicki: I love the concept of a multigenerational campaign. Gary, Robby and many of their generation have accepted the torch of leadership that we have handed them. Now it’s our job to support them.

Q: What do you have in store for this year?

Robby: We’re just getting started with our plans, so we will be announcing a number of events shortly.