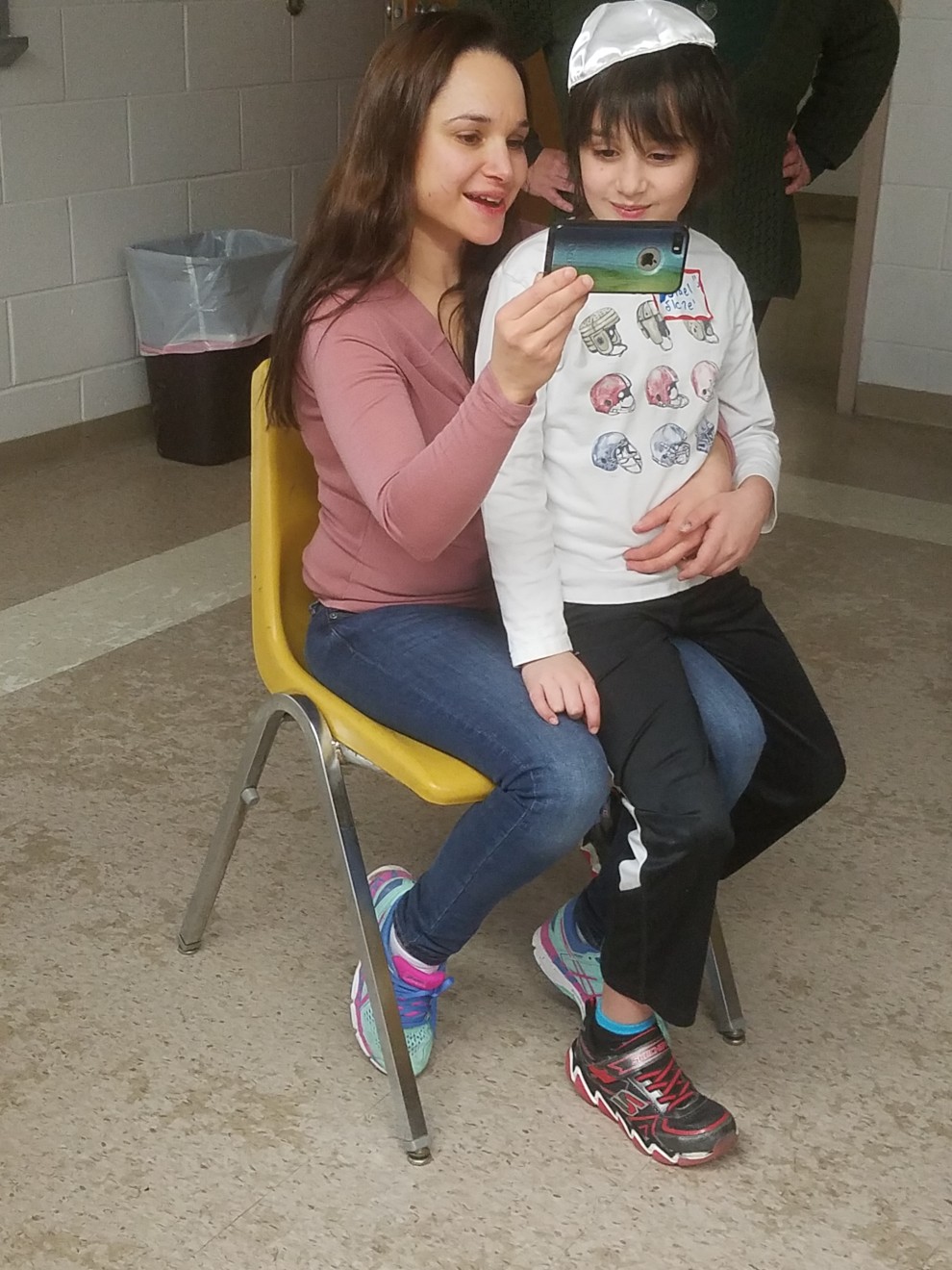 Even thousands of miles and a bad internet link could not keep our pen pals from connecting with each other! On Sunday, Feb. 5, religious school students at Temple Beth El and Congregation Keneseth Israel came together so they could all chat on Google Hangouts with children from Yoav in Israel. At the same time, the Congregation Brith Sholom students in Bethlehem were also chatting with their Israeli pen pals.

The families are all participating in the Jewish Federation of the Lehigh Valley’s Partnernership2Gether program called “The Same Moon.” They have been writing to each other for a few months but this is the first time they got to talk with each other and see each other.  Excitement was in the air and faces began to light up as they recognized each other on the screen.

The Lehigh Valley families each connected individually with their pen pal families in Israel to ask about dance classes and soccer games, playgrounds and lunches, sisters and brothers and one very descriptive explanation of a Pokemon. All the children then made a little creature in a clay pot for Tu B’Shevat which had grass seeds on its head. They took them to their homes to water them so the hair (grass) grows. One child named his Hairy Potter!

The day ended with a treat – four cakes in the shape of different phases of the moon. No matter how far away we are from our Israeli friends, we are still looking up at the same moon.