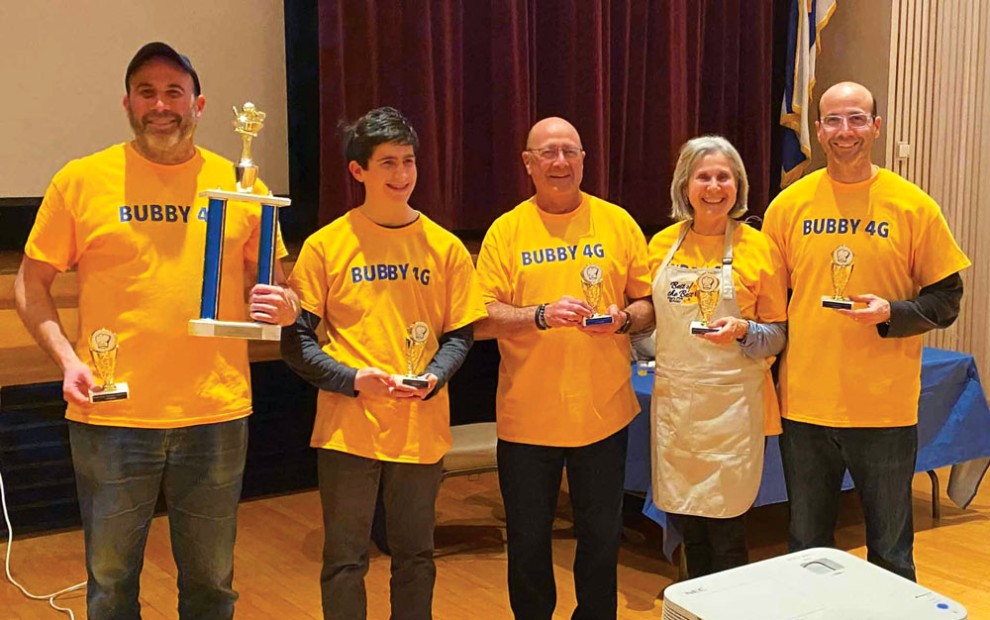 The 3rd Annual Latke-Vodka Hanukkah Cook-Off on Dec. 19, 2019, left attendees full, happy and maybe a bit tipsy. In the height of the winter holiday season, the Cook-Off, presented by the Jewish Community Center and the Jewish Federation, gave everyone a chance to eat and enjoy each other’s company.

The rules of the Latke-Vodka Hanukkah Cook-Off are simple: teams must come up with their own unique latke recipe and a vodka-based drink to pair with their dish. They must also make 150 servings of each.

The winners were chosen based on a combination of the judges’ scores and anonymous voting from the event’s attendees.

Flavors from all over the world were showcased in the competition. But in the end, there could only be one winner—and that was one that stayed close to home. Bubby 4G won the judges over with their Bubby’s Caviar Latke and their Miracle Mango Martini (it keeps you lit for 8 days).

For Bubby 4G, it was a family affair. Zac Cohen, team caption, shared, “It was really awesome. It’s not frequent that we go out in public and do an activity as a family like this, it was a good time.”

And in terms of the competition, he continued, “I felt it gave us an advantage over the other teams, that we knew each other so well and for so long.”

Zac, Rob, Jane, Brendan and Sam Cohen have been enjoying this latke recipe over four generations. The team was named for Jane’s mother, Freda Greenberg, who was the first in the family to make a large quantity of this latke recipe.

Jane recalled, “My mom and dad had a latke party open house. They invited 100 people, and my mom had tons of energy, and she made 999 latkes.”

Then, after Rob attended a wedding in Florida in the early 2000s, caviar became a new staple at Cohen family functions. Years later, it became their winning ingredient.

Their secret, however, was frying their latkes twice: once the day before the competition, and a second time on competition day.

“We decided that we didn’t want to leave much to chance the day of the event, if possible,” explained Zac.
However, one chance that was taken on the day of was changing a fuel tank mid-fry.

“We had some unplanned pyrotechnics that were caused solely by me,” Zac recalled. “I was trying to change the fuel tank, and when I put the new cartridge in, it didn’t light correctly. Long story short, the burner that was already lit caught the burner that I was working on, and it turned into a flame thrower. Thankfully the JCC and Federation staff were close by to extinguish it, and everyone was okay. I think the burner’s permanently damaged, but that’s the price of doing business.”