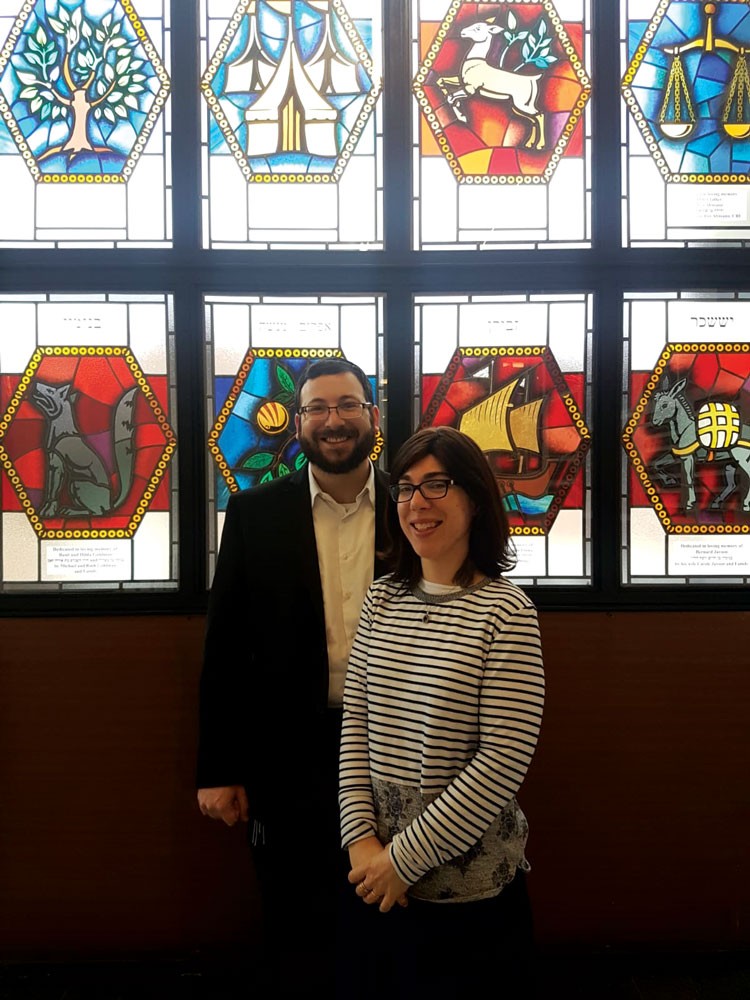 After an extensive search process, Congregation Sons of Israel will officially welcome Rabbi Nisan Andrews as their new rabbi on June 1.

Andrews was born and raised in Canada. He attended Telshe Yeshiva in Chicago where he received both his undergraduate and graduate degrees in Rabbinics. While at Telshe, Andrews developed a special relationship with its Rosh Hayeshiva, Rabbi Avrohom C. Levin, z”l, from whom he received his semicha.

Andrews has been deeply involved in the rabbinate and Jewish education. He taught at the Telshe Yeshiva and Akiva Academy in Calgary and ran educational outreach programs in both cities. This afforded Andrews the opportunity to learn the craft from some of the most significant personalities in contemporary Jewish education and rabbinics. Additionally, he was the administrator for the local kosher supervision agency as part of his capacity as the assistant rabbi of Congregation House of Jacob-Mikveh Israel in Calgary, where he resided for four years. He has also served as rabbi of Lake Park Synagogue in Milwaukee.

Currently, Andrews is the associate rabbi of Finchley United Synagogue in London, a flagship congregation of the United Synagogue with over 1,800 member families. There, he has begun innovative social and educational programming and works tirelessly to strengthen the social engagement of its large and broad membership.

Andrews and his wife, Hannah, a charismatic and talented educator, have three children.