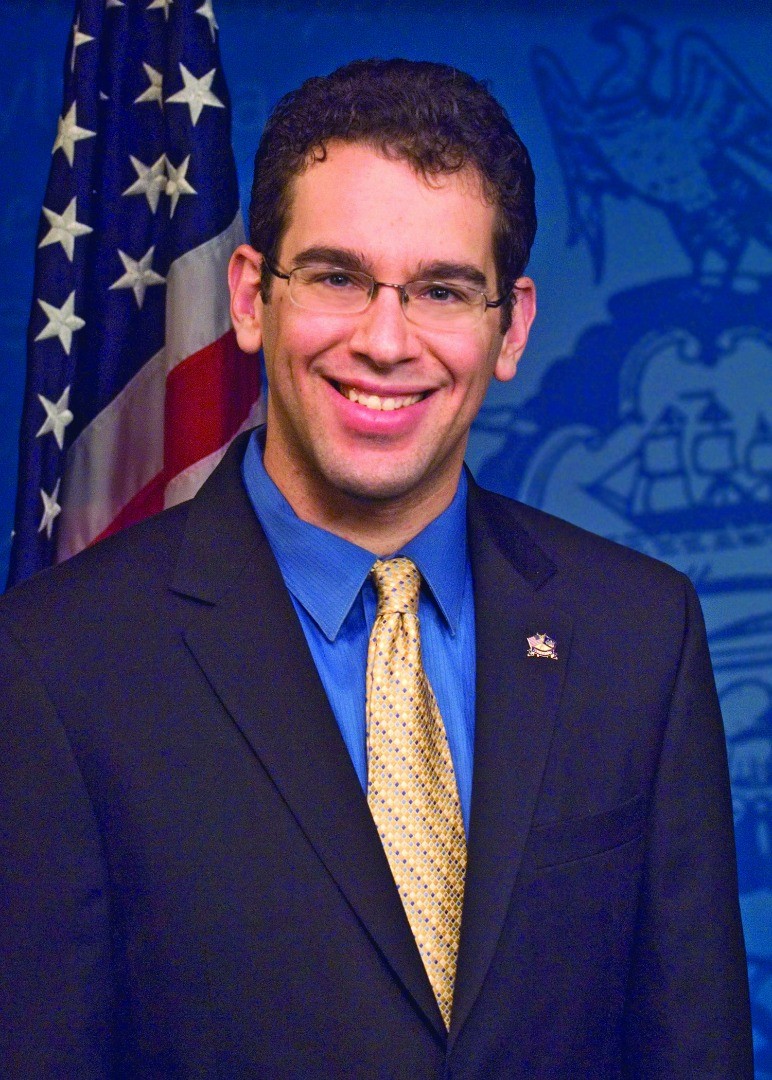 In a world of social media-fueled scandals, state Rep. Mike Schlossberg had no shortage of material for his new book “Tweets and Consequnces: 60 Social Media Disasters in Politics and How You Can Avert a Career-Ending Mistake.” Schlossberg is bringing his social media acumen to the next Lehigh Valley Jewish Professionals event sponsored by the Federation on May 28 at Menchies Frozen Yogurt. In anticipation of the event, Schlossberg answered some of our questions about the good, bad and ugly of Twitter.

How did you first become interested in social media gaffes and missteps?

At first, I was – and remain – very interested in the incredible power of social media to connect with our constituents. However, then I watched multiple careers get ruined because of social media disasters. This made me concerned – and the book was my effort to get people to realize how to avoid making a career-ending mistake.

What do you think is the most important thing about social media that people don't understand?

Its permanence and lack of privacy. Social media is forever – even if you delete a post, someone else could have grabbed a screen shot, and then the content belongs to the world. I also don’t think people understand that no matter what your privacy settings are, you are always one angry friend or scorned ex away from having "private" content sent to the world. There is no such thing as privacy in the digital realm.

Who do you think utilizes social media effectively?

There are quite a few businesses and politicians who are very effective at it. The top two that come to mind are the Greater Lehigh Valley Chamber (full disclosure, I used to work for them), and Discover Lehigh Valley. They are good because they do NOT self-promote – instead, they use social media to promote their members and the region as a whole. Social media should be about a conversation and listening, not just self promotion.

How do you think politics as a whole has been affected by  the rise of sites like Twitter and Facebook, and do you think it's been largely positive or negative?

Both. From a positive perspective, it's allowed elected officials like me to remain closer to our constituents, and for our constituents to have easier access to elected officials than ever before. On the other hand, it's also polarized politics. People can self-select their news sources and their friends, and debates behind a computer screen are more radicalized and turn nastier quicker. There is no nuance in a Facebook debate, generally speaking – only nastiness. That worries me greatly – no one is every 100 percent right – and social media encourages people to act like they are.

Have you ever had an embarrassing moment on Twitter?

Absolutely – everyone has! My worst have been unfortunate typos – for example, I once tried to type something about the shirt I was wearing – unfortunately, let's just say I forgot a letter in ‘shirt’ and wound up spelling an expletive.  Whoops. I deleted the tweet and apologized for the unfortunate typo, which is, I think, the best way to handle things like that. Accidents and typos will always happen – it's how you handle the aftermath that counts.

To learn more, join the Lehigh Valley Jewish Professionals on Thursday, May 28, at 5:30 p.m. at Menchies Frozen Yogurt in Allentown. Free. RSVP to aaron@jflv.org.