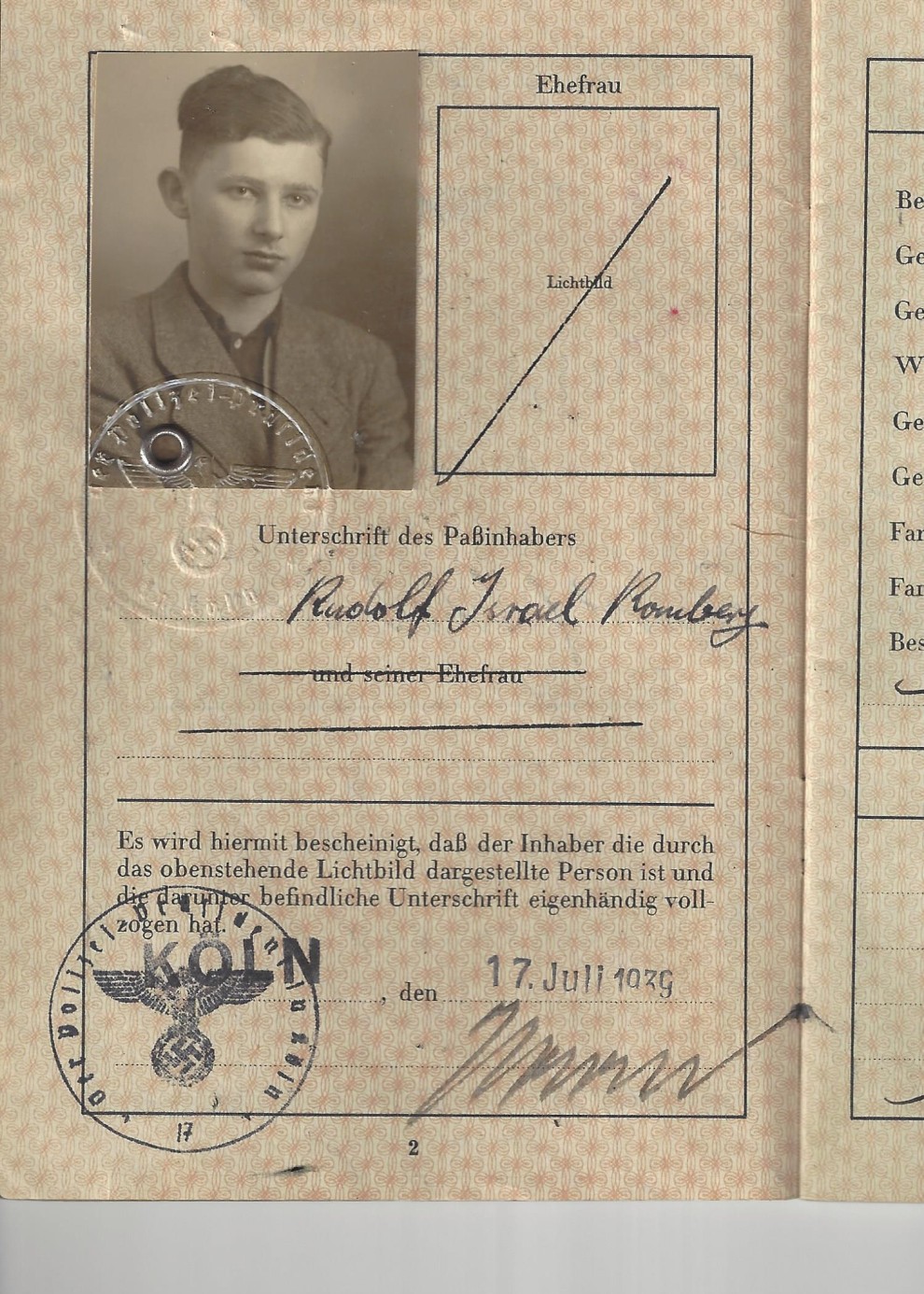 Rudolf Romberg, a long-time Allentown area resident, was born in Cologne, Germany, in 1923. As a teenage boy, he learned woodcraft – furniture making – which he studied at a Jewish trade school until the Nazis closed the Jewish schools. He witnessed the rise of the Nazis, during which he was prohibited from continuing his education or from holding a job. He and his family lived through Kristallnacht. Fortunately, he and his mother and uncle were able to immigrate to the United States and they arrived in September 1939. His father and many other relatives did not survive or their status was unknown.

Rudy’s life in the U.S. included serving in the army during WWII and designing and building furniture through businesses he created throughout his career. In 1953, he married his wife of 56 years, Ellen Katz Romberg, and they raised three sons. Rudy and Ellen lived in Allentown from 1963 through 1987 and were active members of Congregation Keneseth Israel and the Jewish community.

Rudy’s son, Len Romberg, will share his father’s story with the Lehigh Valley Jewish community on April 23 as part of the community’s annual Yom HaShoah Holocaust Commemoration. The story will pair with another out of the same small German town.

Agnes Steffens, 90, a resident of the Terrace at Phoebe Allentown, was raised in a Catholic family in Cologne, Germany. Her father was part of an underground movement to help Jews escape the town.

“My father was a man of honor, integrity and kindness,” Steffens said, according to a story in the Phoebe Messenger in 2015. “He helped a lot of Jewish people leave the country.”

At the time, at around age 16, Steffens didn’t know the particulars of her father’s endeavors, said Shari Spark, coordinator of the Jewish Federation of the Lehigh Valley’s Holocaust Resource Center, who recently interviewed Steffens. “She always knew there were meetings in the house that would go late into the night,” Spark said. “She knew that something was afoot when her mother would go into the bedroom and lock the door and light a candle and pray.”

It was years later when she found out that her father helped so many and even drove a family to safety, hidden under a tarp in the back of his truck. “At that time, I really didn’t know what a Jew was,” recalled Steffens in the Phoebe interview. “To me they were the same as an Episcopalian or Catholic; they were our neighbors and our friends.”

The Yom HaShoah Commemoration will be held on Sunday, April 23, at the JCC. A reading of names will take place at 6 p.m. and the program begins at 7 p.m. To learn more, visit www.jewishlehighvalley.org.