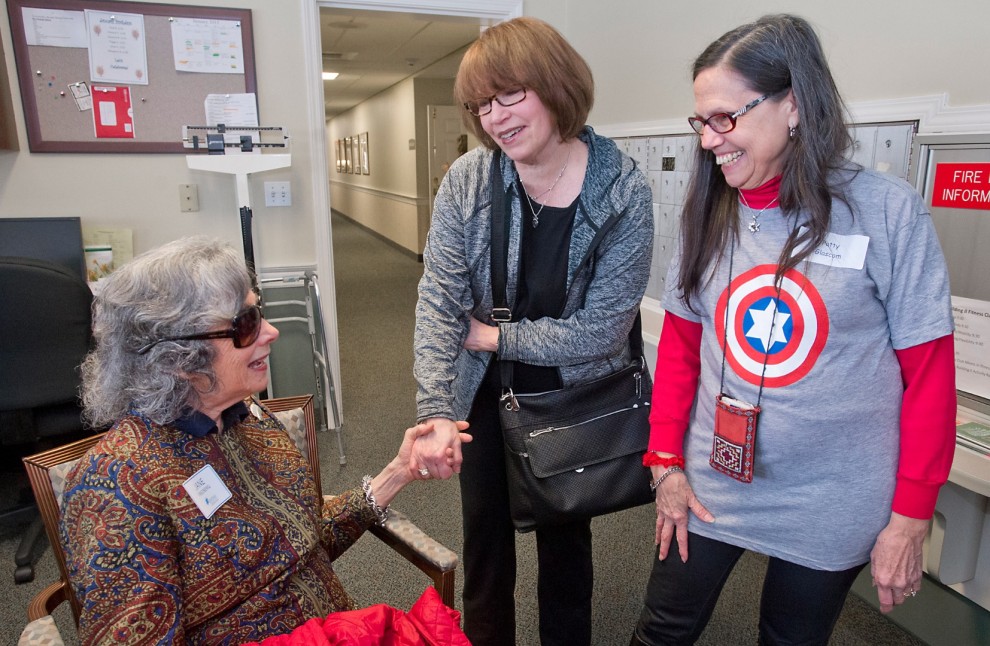 With the morning calling shift underway, volunteers from across the Lehigh Valley filled the JCC auditorium. With cell phones in hand and pledge cards in front of them, they worked diligently to reach out to potential donors and ask for their support. By the end of the day, they would raise more than $43,000 for the 2015 Campaign for Jewish Needs.

But this year, it was arguably the youngest volunteers who had the greatest impact. The BBYO teens were given one simple task – to say thank you. And over the course of the day, they reached out to 800 donors to do just that.

On the heels of the Jewish Federation’s 60 Day Challenge earlier this year, pledges to the campaign were already up by the time Super Sunday arrived and more donors than ever before had made their pledges. The 800 thank you calls made were compared to last year’s 627. By the end of Super Sunday, total campaign pledges this year reached $1,607,092.

“We still have a ways to go before we close the campaign, but this puts us way ahead of where we’ve been in past years at this point,” said Iris Epstein, 2015 campaign chairperson. “We were so glad to have this chance to say thank you.”

The fundraising success, however, was just the tip of the iceberg this year that made Super Sunday so special. Nearly 50 children attended the superhero-themed PJ Library program in the morning to hear Rabbi Daniel Stein sing songs and state Rep. Mike Schlossberg read stories.

In the afternoon, one group of volunteers – including a large contingent from Lehigh University – headed to the Country Meadows Retirement Community to bring bagels and cheer to the 20-or-so Jewish seniors that live there.
Another volunteer contingent from Muhlenberg College braved the cold and snow to help clear out buildings at Camp JCC in Center Valley.

“There are so many ways to be a superhero,” said Brian Ford, who with his wife Emily organized the mitzvah component of Super Sunday. “Our community really proved that on this day.”