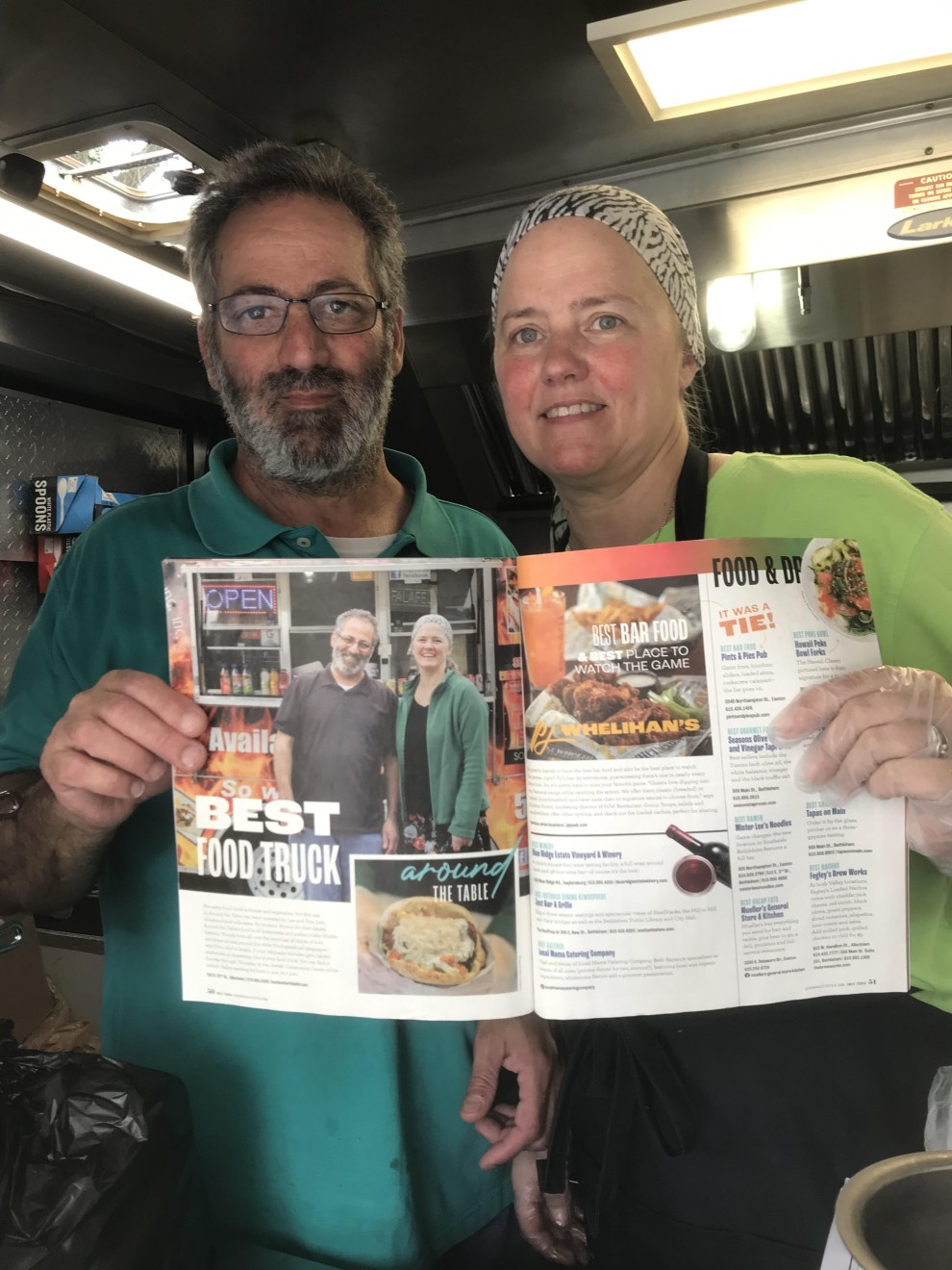 By Carl Zebrowski
Editor of Hakol
The best food truck in the Lehigh Valley, according to readers of Lehigh Valley Style magazine, is the only food truck exclusively serving kosher food. And it happens to be parked right outside the Jewish Community Center.
The readers of the magazine voted the Around the Table the Best Food Truck of 2022. If you’ve been to the JCC, you’ve probably seen it, sitting next to the building in its Tilghman Street parking lot.
Dror and Lee Levi, husband and wife, opened the truck for business three years ago, a decade after they got started in food service in Wilkes-Barre. There they took a catering job for a lawyers’ picnic. The menu featured barbecued chicken.
Dror, a native of Israel, decided to take along a beef brisket that he’d been perfecting, a recipe he described as Israeli and Western. “We had West and East, all of it,” he said.
The client didn’t know in advance that the brisket was coming, and Dror didn’t charge for it. But the strategy worked. The brisket was a hit, and a picnic attendee invited him to set up a food truck in his parking lot.
Jumping ahead to 2019, the food truck was completely transformed, settled into its current home base at the JCC and offering an exclusively kosher and vegetarian menu. “We’re probably the only kosher food truck all the way north to Canada,” Dror said.
The truck serves its made-to-order fare in the JCC lot Sundays through Thursdays from 11 a.m. to 7 p.m., except when it occasionally takes to the road for an event. The menu includes hummus (creamy!), veggie beet burgers (which frequently sell out), and a shakshuka platter. Falafel is the most popular item and has earned top honors at the Easton Food Truck Festival.
Is the falafel Dror’s personal favorite? When asked what he liked best, Dror answered: “All of it.” And what’s his favorite thing about the business in general? “I love the people.”