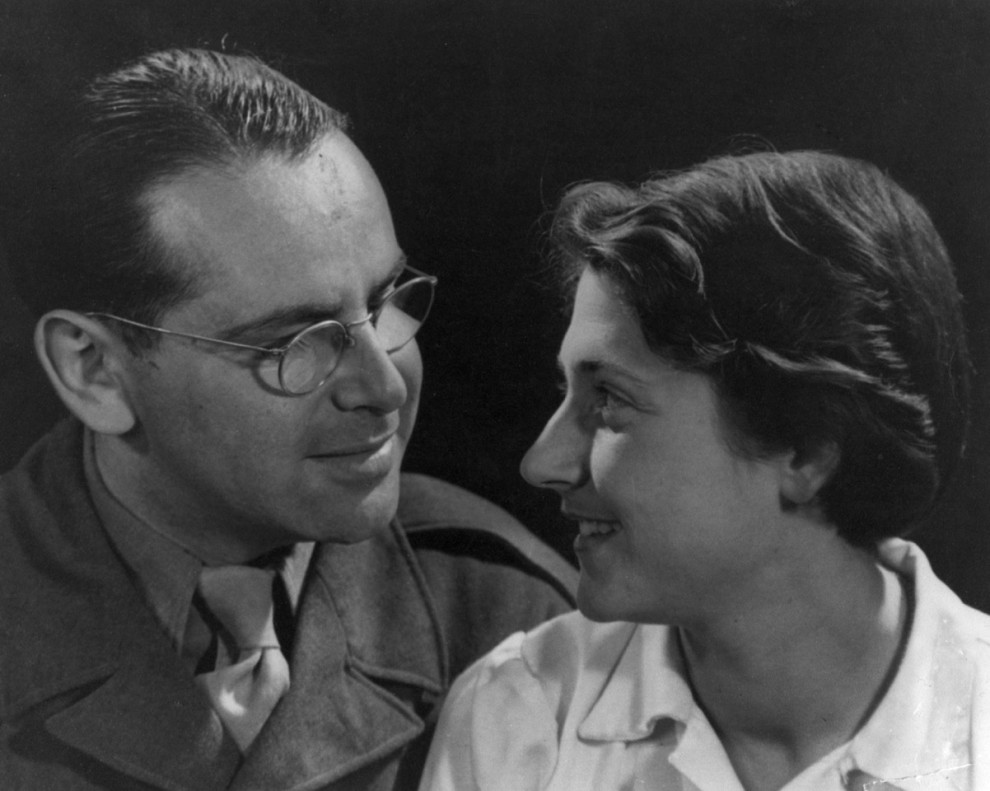 Seventy years ago, World War II ended, and the few Jewish survivors of Hitler’s terrible experiment went forward to begin lives anew. From camps, hiding places, underground places – wherever they had been, these survivors took on the task of picking up the pieces that had been shattered years before.

Hanna and Walter Kohners’ lives were indelibly shaped by the events of the Holocaust.  In 1935, they met as teens in Czechoslovakia and fell in love. When the shade of Nazi terror drew down upon their lives, Walter was able to immigrate to the U.S., eventually joining the U.S. Army. Hanna moved to Amsterdam; there she was rounded up by the Nazis and managed to survive four camps including Thereisenstadt and Auschwitz. Despite losing touch with one another, their love and concern for one another never foundered. Incredibly, soon after the war they made contact, were married and moved to Los Angeles.

Their story does not end here: In 1953, Hanna’s life was featured on Ralph Edward’s “This Is Your Life.” This program normally featured celebrities whose lives were recapped with surprise guests who had played important roles in the person’s life. Hanna Kohner was the first non-celebrity on the program, but more importantly, the first Holocaust survivor whose story had been shared with a wide American audience. She was young, smiling and animated – not unlike the audience who watched. In 1953, not even 10 years since the war ended, there was no structured context in which to place the Shoah. There was no formal way to understand the vast scope of the tragedy. While many Holocaust survivors in those early days were discouraged from sharing their experiences, Hanna made a connection with television viewers. Her openness was real and powerful, and was a significant beginning in memorializing the Holocaust.

On Wednesday, April 15, the Holocaust Resource Center will once again host a community-wide Yom HaShoah evening of commemoration. We will have the privilege of hearing the story of Hanna and Walter, presented by their daughter, Julie Kohner. Julie’s mission to teach lessons of the Holocaust through her parents is brought to life by sharing stories and viewing the episode of “This Is Your Life” featuring her mother.

On Thursday, April 16, Kohner will share more about Hanna’s life through the voices of the people who knew her best at a brunch and learn program.

Time moves swiftly. In its wake, we lose precious memories and even the ability to hold onto the memories we still have. It is incumbent upon us to create meaningful and powerful moments of commemoration. With the milestone of 70 years since the Liberation, we take time to recall and honor those who were lost, and to reflect how memory of the Shoah has been shaped and continues to grow over the years.

The annual Yom HaShoah commemoration on April 15 will begin at 7 p.m. at the JCC of Allentown. A reading of names will take place before the formal program, beginning at 6 p.m. The entire evening is free and open to the community.

The Brunch & Learn on April 16 will begin at 10 a.m. at the JCC and is sponsored by the Jewish Federation’s Women’s Division, PrimeTime at the J and Jewish Family Service. $5 for brunch and program. To learn more about transportation from Bethlehem and Easton through Groups on the GO, contact Wendy Edwards at 610-821-5500 or wendy@jflv.org.