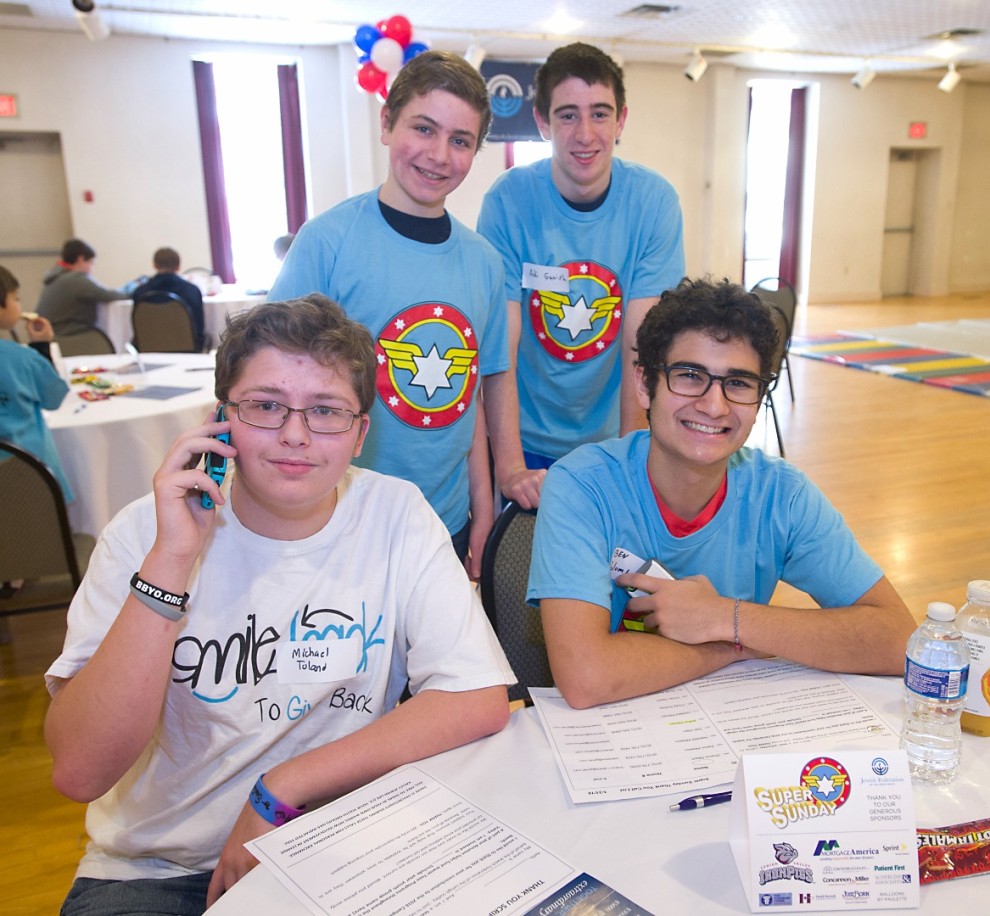 The mitzvot were plentiful on Jan. 31 as volunteers gathered at the JCC and Cedarbrook Nursing Home for the Federation’s annual Super Sunday and Community Mitzvah Day.

More than 100 volunteers, from Hillel students to retirees, made calls to community members to ask for their support of the Federation’s campaign. A contingent of BBYO students led the charge to thank the more than 800 donors who had already signed on this year.

The kids gathered close as State Rep. Mike Schlossberg enthralled them with stories. Cantor Ellen Sussman and her husband David Vaida marched the kids through the halls to a musical beat.

At Cedarbrook, another group of kids – Lehigh University Hillel students – paired with senior residents to hear a story from Rabbi Seth Phillips. The students and other volunteers helped the residents make their own mezuzot and then accompanied them to their rooms to affix to their doors.

"There are few Jewish residents at Cedarbrook and little Jewish life, so being able to bring in this kind of program is so uplifting for the residents," said Carol Wilson, clinical coordinator of older adult services at Jewish Family Service, which partnered with Federation on the mitzvah project.

While plans to help out at Camp JCC had to be postponed because of the snow, another mini mitzvah day is being planned for May.