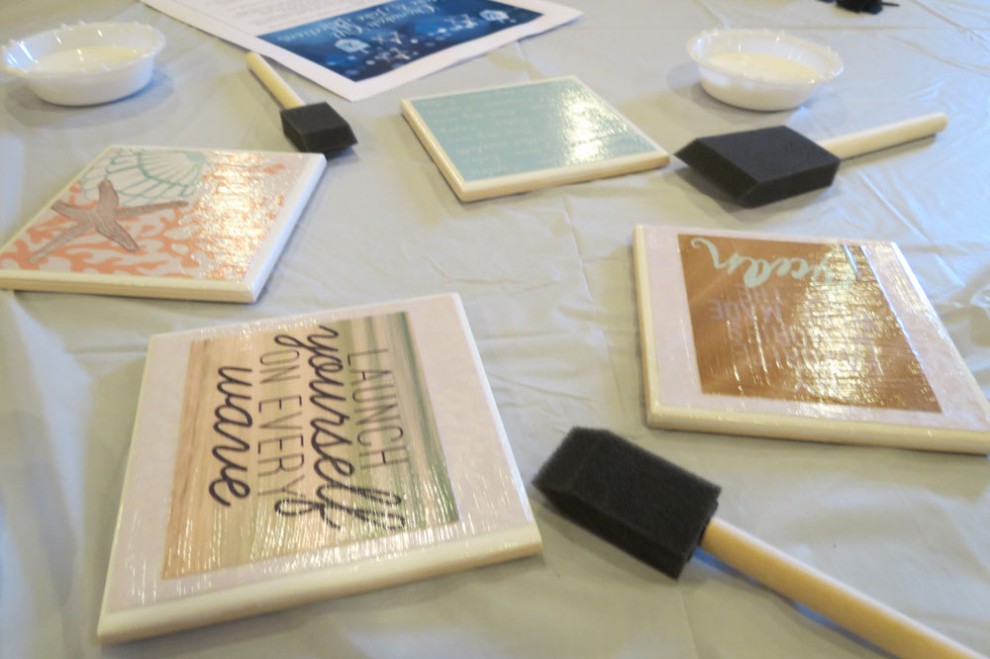 The room was filled with friends new and old as Women’s Philanthropy gathered on Dec. 6 to create coasters at a Chanukah gift make and take event.

The event, which was organized by the Shalom Lehigh Valley Committee of Women’s Philanthropy, was designed to introduce newcomers to the Jewish community in the Lehigh Valley and help everyone make new friends. The event centered around the creation of a set of four ceramic coasters, which the women took home as keepsakes or gifts.

The Shalom Lehigh Valley Committee provided the supplies as well as some scrapbooking paper and templates to use for the coasters. Some women brought family photos to decorate the coasters. The project was completed in a series of simple steps that left plenty of time for eating brunch and schmoozing.

Questions such as “How long have you lived in the Valley?” and “where’s a good place to shop for kosher food?” rang out as the Mod Podge dried, leaving the participants with coasters to remind them of a fun morning with friends.