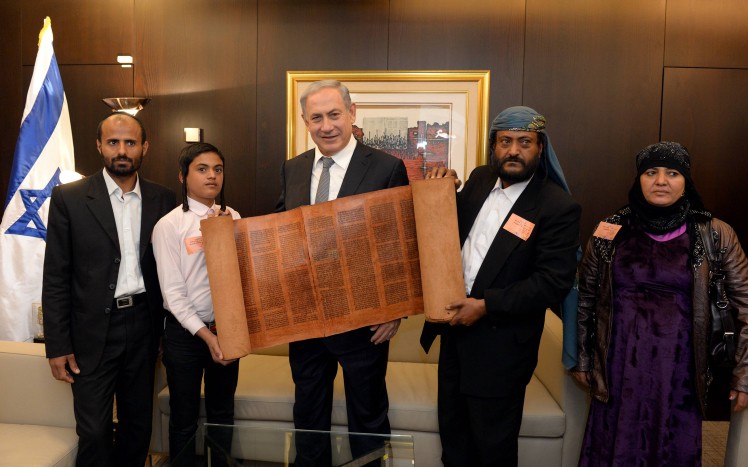 For Manny Dahari, his escape from Yemen was only the beginning.

Born the fourth of eight children in Raida, the capital of Yemen, Dahari grew up in a devout Jewish community where most men wore a kippah and kept their side locks long. Such visible signs of their Judaism made community members targets for anti-Semitism, including from young children throwing rocks.

Most children went to school in an Orthodox elementary school funded by the Satmar Chassidic sect before attending yeshiva. For Dahari, another opportunity presented itself – an opportunity that would change his and his family’s lives forever. The Satmar representative in Yemen gave Dahari the opportunity to go to yeshiva in New York for two years, an opportunity that excited him and his family. Shortly after his bar mitzvah, he moved to New York, where he began his studies.

Due to language barriers and feeling ostracized from his peers, Dahari decided to drop out of yeshiva. He was presented with a choice to go home or stay in the United States; he chose the latter, soon finding another yeshiva to enroll in. When he turned 18, he began to pursue secular education, and after completing several grades of school in the span of four months and earning a bachelor’s degree in liberal arts from Oakton Community College, he wound up at Loyola College in Skokie, Illinois.

While he was in college, Dahari began to brainstorm ways to help his siblings emigrate from Yemen. He hadn’t seen them in 10 years, and he was eager to help them leave the anti-Semitic environment in Yemen. Stories emerged from his home country of his rabbi being shot and a cousin forced to convert to Islam and marry a Muslim man, and he began working to help his siblings find a safer environment to be Jewish. He suspended his studies and became involved with the Jewish Agency for Israel in its efforts to help vulnerable Jews resettle.

After a false alarm in which his siblings’ plane was unable to leave Yemen due to an ongoing war, Dahari continued his work with the Jewish Agency and the U.S. State Department until he received another call in October 2015 that some of his siblings were on a plane to Jordan. Now enrolled in Yeshiva University, Dahari flew to Jordan only to find no one there once again – but this time, the story would not end in disappointment. The plane was re-routed and four of his siblings made it to Israel. In March 2016, after another series of false alarms, his parents and younger siblings were able to immigrate as well. They even brought a family heirloom – a 600-year-old Torah scroll.

Dahari, who now studies marketing and political science at Yeshiva University, will be sharing his story at Congregation Brith Sholom in Bethlehem this May, speaking during Shabbat services. The event is sponsored by the Jewish Federation of the Lehigh Valley and all are welcome to attend and learn more details about Jewish life in Yemen and the harrowing escape stories of Dahari’s family members.

The event will take place on Saturday, May 5, at Congregation Brith Sholom. Shabbat services begin at 9 a.m. Kiddush will follow. Open to everyone, no RSVP required.