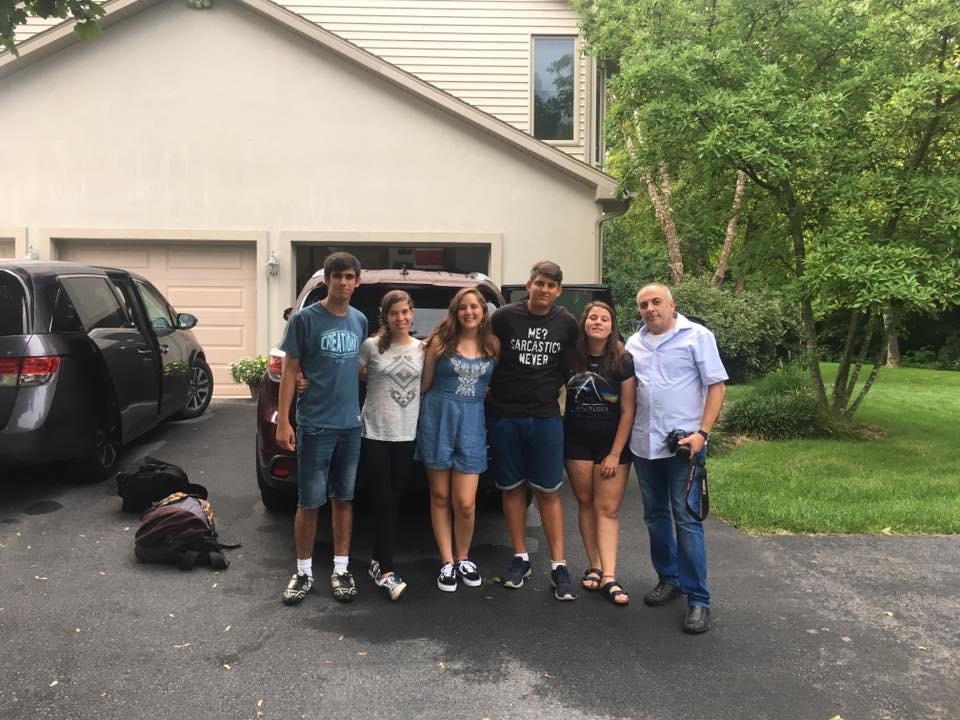 Richard Shecory, a member of the Lehigh Valley’s Partnership2Gether coalition in Yoav, is a 55-year-old IDF Air Force veteran who has worked for Intel for 30 years and speaks four languages. His wife, Iris, is a 3rd-6th grade teacher, and they have three children. Their son Tamir, age 18, came to the Lehigh Valley as a Camp JCC counselor two years ago, which jumpstarted Shecory’s journey to becoming active with the partnership.

Tamir, who is now taking a gap year between school and the army and volunteering in Tucson, Arizona, loved his experience as a camp counselor in the Lehigh Valley, which encouraged his father to take a more active role in maintaining the partnership.

Shecory was in the Lehigh Valley in the middle of August, chaperoning this year’s teens as they made their journey back to Israel. When asked about why he wanted to volunteer for this job, he said that he communicated extensively with committee members in the Lehigh Valley over the phone, and wanted to “get some ideas of the community and how things go,” meet the people who he talks to on the phone and understand community dynamics.

He arrived in the Lehigh Valley several days before the teens flew home, and he was very thankful for the people who “made a lot of effort to welcome me.” He was hosted in a local Jewish home and attended “very welcoming” Friday night services at Congregation Keneseth Israel. He thanked Vikki and David Dunn, Carolyn Katwan, Alan Salinger, Miriam Zager and Aaron Gorodzinsky for their hospitality during his visit.

“You have a strong community,” he observed, adding that he had a “great” time and didn’t have a single day that wasn’t filled with activities. “The trip was successful, and I am looking forward to sharing impressions with other committee members.”

Before his son Tamir’s summer in the Lehigh Valley, Richard didn’t know about the partnership, he said, but his opinion quickly changed. “I saw how much it mattered to him and I wanted to give back somehow by being part of this,” he said.

Richard is now a member of a committee in Yoav that includes a variety of people from many economic and career backgrounds. “I bring the high-tech industry to the group,” thanks to his work at Intel, he said, and he has worked with the technology for the The Same Moon project as well as finding other ways to bridge the distance between Yoav and the Lehigh Valley. He has also led tours of the Intel factory for visitors from the Lehigh Valley. He described the committee as “a group of people trying to bring ideas about how to bring the two communities together and come up with fun things to promote Israel and the connection,” and part of his involvement includes meeting with Lehigh Valley representatives and proposing and implementing ideas for new programs.

In Shecory’s mind, the best part about the partnership is that “members of the committee have real connections to the people here.” He described families who have befriended each other and communicate overseas with Skype calls and presents.

Looking ahead to the future, Shecory said, “We need to spend much more time on the young community and see how we connect them.” He hopes to help organize a group that includes people of all ages that can build progress to connect the two communities.

“With enough focus on the right things, and cooperation, we can change the problems” in both communities, he concluded.