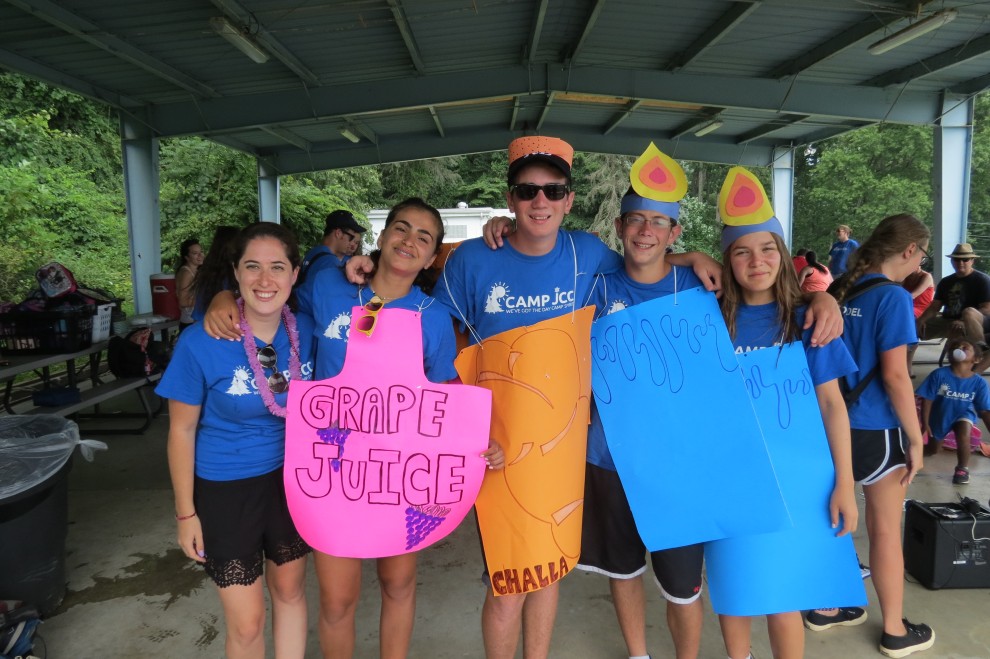 On a warm day at the end of June, a group of families met to welcome four teens from Israel’s Yoav region who arrived in Allentown to work as counselors at Camp JCC. Several families had agreed to open their homes to host the teens, and the evening was spent getting to know each other. Fast forward seven weeks later to a sickeningly hot and humid evening in August when the group reconvened to say goodbye; the teens were more at ease having spent so much time in and out of the homes of their host families, sharing meals, vacations trips and, of course, multiple trips to the mall.

As the teens faced the daunting task of fitting all their new possessions into their suitcases and heading home, they took a few moments to reflect on the experience. “I came here with a lot of expectations,” said Ron Barkai. “We started with not a lot of friends, there was a lot of time just me and the group and I didn't know all the counselors, but after the first week our spirits were lifted and our expectations became high again. I can say now that I really made good new friends here and I really connect to a group of friends and I love to be with them.”

The teens said the hardest part about heading home is saying goodbye to the campers. “On the second to last day of camp, a Pioneer boy realized that this was one of my last days at camp,” said Nitzan Bamani. “So he came to me and he said that he's afraid to forget me and I said that I'd promise that I'd never forget him and that he'd always be in my heart. In this moment I realized that my purpose here is extremely special, and that not that many people have that opportunity to make connections with people in this wonderful community who will stay forever in my heart.”

Morr Cahana had a similar experience when a camper expressed how sad he was to say goodbye. “It shows how we connect with kids here and that the language doesn't impede on this because the kids love us for who we are,” said Cahana.

Spending time with the families and the campers allowed the teens to see the significance of sharing their Israeli heritage with Jews here in the Valley. “They host us because they want to share their community culture and life in the U.S. with us,” said Uri Eshel. “It's nice to see different types of Jewish lives that are so different but still you feel connected to them. My appreciation for Israel is now greater and I'm more proud to be Israeli and to share my culture with the world, it's really amazing.”

“I'm so thankful that the relationship between the Lehigh Valley and Yoav region opened the door to allow me to be a part of something bigger than myself,” said Bamani. “Before I went to the U.S., I never really realized that every day Jews here have to wake up and actively try to be Jewish. In Israel I just wake up and am Jewish, and being able to share my Israeli culture and Judaism and to be perceived and accepted by people in Allentown allowed me to become more proud of this aspect of myself.”